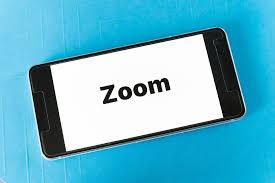 Other security enhancements include increasing the minimum default password length to six characters for meetings, webinars and cloud recordings and granting administrators the ability to disable sharing on cloud recordings and set their expiration times, the national technology arm said to combat cyber attacks and protect Indian cyber space.

In view of security-related advisories provided by the Ministry of Home Affairs and CERT-In to its users, the new introduction of security features in the app, whose use has spiked due to the nationwide lockdown, is believed to have been carried out.

The Union home ministry issued an advisory in April and said the Zoom meeting platform is not secure, and government officials are not to use it for official purposes.

The CERT-In has released such a alert and the home ministry’s Cyber Coordination Center (CyCord) has reiterated that.

Unguarded use of Zoom by professionals working at home because of the COVID-19 pandemic could be vulnerable to attacks due to leakage of confidential office chat to cyber criminals, the CERT-In said in April.