Increasing reliance on computer systems, Internet, and wireless network technologies like Bluetooth and Wi-Fi, plus the proliferation of smart gadgets and the ‘Internet of things’ have made cybersecurity increasingly important.

Due to cybersecurity’s complexity in both politics and technology, it is also one of the most pressing issues of our time. What started it all? History of cybersecurity is examined from its inception to the present.

Although it began as a joke among coworkers in the 1960s, technological advancement has transformed information security into a major concern in today’s world, and the reasons for this aren’t hard to identify.

Hackers have targeted major corporations like Yahoo, Microsoft, and Equifax in the last ten years alone. In addition, the WannaCry ‘ransomworm’ attack of 2017 demonstrated that cyber security has advanced significantly over the years, but so have hackers and computer viruses.

Antivirus software is essential to preventing cyber-attacks, even if a company can protect its files with a variety of physical security and fire safety measures, but the issue is no laughing matter. 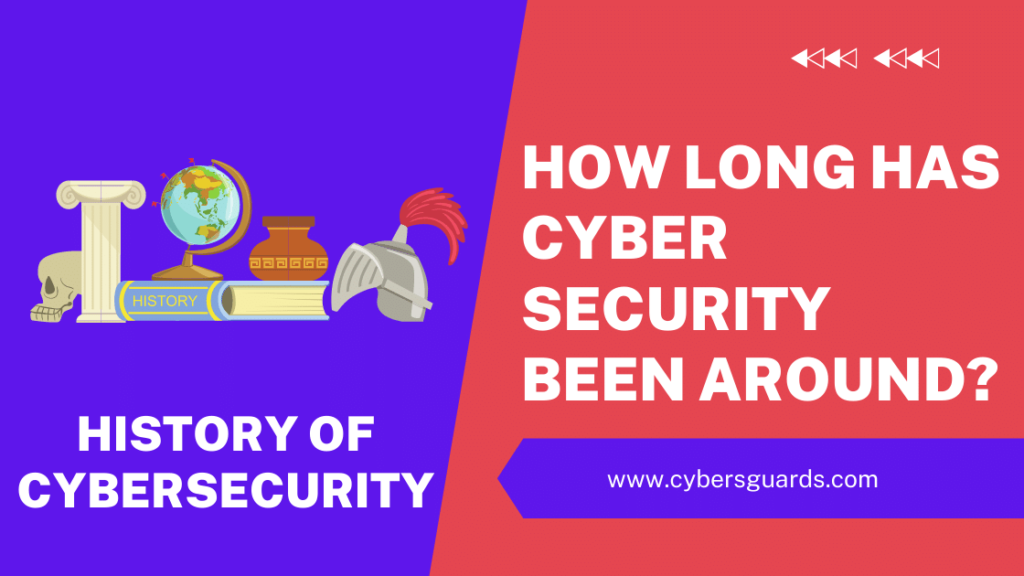 Here’s a look at the major turning points in the development of hacking and information security over the years.

In the 1960s, businesses began to take steps to safeguard their computer systems. A lack of internet and a lack of a network meant that physical security measures were more important than network security at this period, and persons with appropriate computer skills were prevented from getting access.

Passwords and numerous layers of security protection were added to the devices in order to accomplish this goal In addition, procedures to prevent the spread of fire were put in place to safeguard the data. Because iCloud was not yet available, PCs had to be protected in other ways.

In the 1970s, a project on the ARPANET, then known as the ARPANET project, started the history of cyber security (The Advanced Research Projects Agency Network). A computer software developed by Bob Thomas was able to move ARPANET’s network around, leaving a little trace behind it. ‘I’M THE CREEPER: CATCH ME IF YOU CAN’ was the written message that he left while he travelled around the network.

Email pioneer Ray Tomlinson later developed a programme that made the CREEPER virus self-replicating and the first computer worm, making it the first ever computer virus. In a stroke of luck, he then built another programme named Reaper, which hunted for and eliminated CREEPER.

Aside from being a bit of a gimmick, Thomas and Tomlinson’s programmes revealed a number of security issues in the ARPANET network that were otherwise hidden. Many large organisations and governments at the time were connecting their computers over telephone lines to form their own networks. This was a major worry. As more people became aware of this, they began looking for ways to gain access to these networks and steal critical information. The world’s first hackers have arrived.

The commercial antivirus industry was born in 1987, however there were several conflicting claims for the inventor of the first commercial antivirus programme. When Andreas Lüning and Kai Figge published Ultimate Virus Killer for the Atari ST in 1987, it was their first antivirus product. John McAfee launched McAfee and released VirusScan in the same year that three Czechoslovakians built the first version of NOD antivirus.

Increasing numbers of people began posting their personal information online as the internet became more widely available. Organized crime groups viewed this as a possible source of income and began to steal data from people and governments via the internet. It was in the mid-1990s that network security risks grew significantly, requiring the mass production of firewalls and antivirus programmes.

In the early 2000s, countries began enforcing harsher penalties for hacking, including lengthy prison sentences and massive fines. From the 1980s, hacker punishments ranged from strong warnings to the possibility of parole.

As the internet developed, so did the number of viruses that might infect computers. In a short period of time, hackers were able to construct viruses that could infect entire towns, states, and even continents.

We are now in the decade of major security breaches.

As technology advanced, hacking grew more difficult, and a series of high-profile data breaches have come to define the modern period. Among them:

Heavily classified information from the National Security Agency (NSA) was duplicated and released by former CIA employee and contractor Edward Snowden, revealing that the government was essentially eavesdropping on the public. Some see him as a hero, while others see him as a traitor.

Yahoo was breached, putting the personal information of its three billion customers at risk. Yahoo’s sale price dropped by $350 million as a result of the $35 million fine they received for not disclosing the hack quickly enough.

This year’s WannaCry. WannaCry, also known as the first ‘ransomware,’ attacked Windows-based devices and demanded ransom payments in the cryptocurrency Bitcoin. More than 230,000 machines were infected by the worm in a single day across 150 countries.
As horrible as each of these data leaks was, at least there are a slew of companies that can help prevent further scandals.

Network Behavioral Analysis (NBA), web application firewalls (WAF), and Denial of Service (DoS) protection are just a few of the various methods being developed by many corporations to protect against inexperienced attacks.

People and corporations must, on a more personal level, stay on top of their information security and use measures to keep their data safe. Business owners can rest easy knowing that their documents are safe when they use an expert document scanning, storage, and management service. Similarly, if you ever misplace or damage your physical files, having them stored on the cloud is a lifesaver.

A wide range of threats emerged and multiplied in the 2000s.

When organized crime began funding professional cyberattacks in the early 2000s, governments tightened their grip on hacking’s illegality, handing out considerably more severe terms to anyone found guilty. As the internet developed, so did the number of viruses that might infect computers.

The cybersecurity sector is expanding at a breakneck pace, and this trend is expected to continue. According to Statista, the worldwide cybersecurity market is expected to rise to $345.4 billion by 2026. There is no doubt that ransomware is a major threat to the security of any organization’s data.

The ying and yang of a computer virus are information security. Cyber security is improving all the time, so even though there will always be someone out there looking to cause trouble, let’s hope that good will eventually triumph over evil and leave computer viruses in the past. 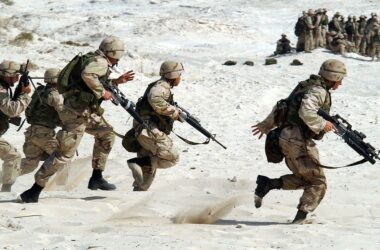 ﻿Importance of Cybersecurity in Military

Importance of Cybersecurity in Military- The military’s primary mission is to provide security to all residents, and it…