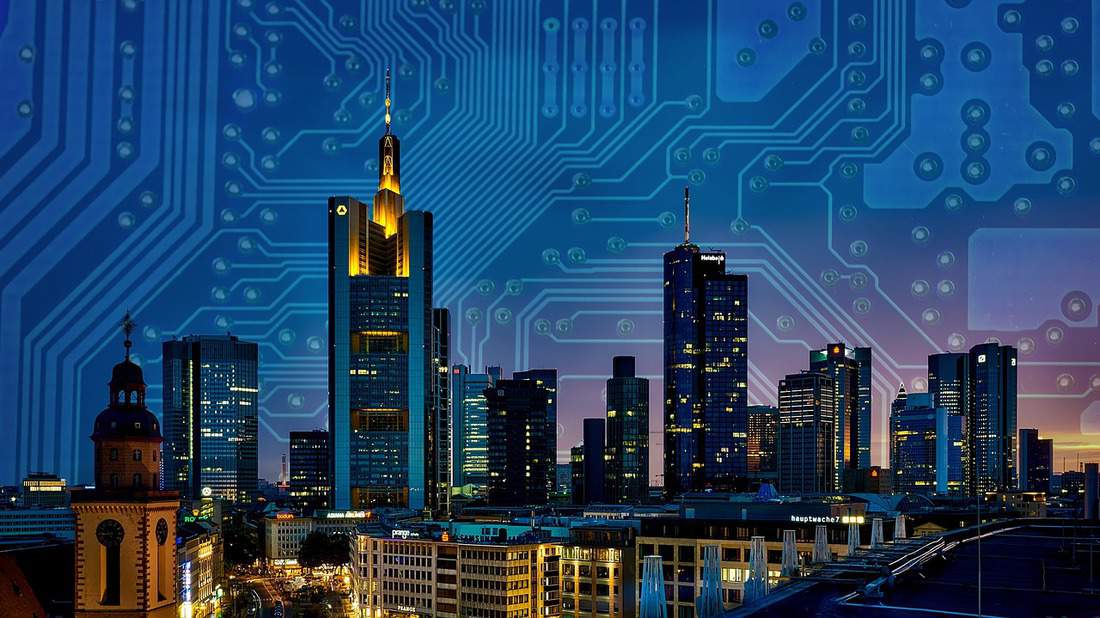 Cybersecurity Degrees in Washington- This information is about Washington’s cybersecurity opportunities. Washington offers a wide range of educational possibilities and degree programmes, and the state’s economy is moving to accommodate the expanding cybersecurity industry.

Long reliant on agriculture, forestry, and shipping, Washington state has evolved into a diversified economy and one of the country’s key technological centres. The state currently boasts the largest concentration of STEM workers in the country. Amazon, Starbucks, Boeing, Microsoft, Costco, Nintendo, Expedia, and Weyerhaeuser all have offices there. The western coast of Washington has a significant concentration of economic activity, notably in the northwest region of the state, where Seattle, Tacoma, and Bellevue are all very close together.

The main employers in Washington’s economy in 2019 were trade, transportation, and utilities, government, education, and healthcare services, professional and business services, and leisure and hospitality, according to the Bureau of Labor Statistics.

The National Cybersecurity Training & Education Center, or NCyTE Center, is also located in Washington. NCyTE, formerly known as CyberWatch West, was created in 2011. It received a grant to become a National Cyber Resource Center in 2018. NCyTE’s goal is to “increase the amount and quality of existing cybersecurity resources while also leveraging these resources to construct effective teaching and training modules.” NCyTE aspires to maximise cybersecurity workforce development through education by interacting with educators, professionals, and government.

Washington is poised to be a prolific and lucrative centre for cybersecurity specialists and firms, thanks to its concentration on technology industries, STEM jobs, and cybersecurity, as well as state government backing. And schools and universities in Washington are starting to catch on with high-quality degree and certification programmes.

Growing Importance of Cybersecurity in Washington

The cybersecurity workforce in Washington has swelled to roughly 25,000 people. The state’s status as the home of Microsoft has contributed to it becoming the country’s most concentrated market for STEM vocations. It also houses a few significant defence contractors as well as a number of other significant global firms. Washington’s technology culture is well-established, and the state government is completely committed to working on cybersecurity concerns in the future. This should position Washington to recruit top-tier cybersecurity individuals and firms, resulting in a fast expansion of the information security industry and workforce in the coming years.

At the moment, there aren’t many specialised cybersecurity degree and certificate programmes in Washington, but that is changing. The Center for Information Assurance and Cybersecurity (CIAC) at the University of Washington was established to focus its efforts through a community of varied leaders from government, business, and other non-government groups. The Center is intended to serve as a catalyst for R&D, innovation, educational advancement, and workforce development.

In Washington, there is already a wide range of information security education opportunities, and we expect this to grow in the near future. Look for public colleges to expand their curriculum offerings in particular.

There are three possibilities for associate’s degree programmes on campus at Washington institutions right now. At this time, there are no online programmes offered by Washington educational institutions. The following are the on-campus degree options.

Three bachelor’s degree options are currently being presented in online formats by Washington schools. All three of these, listed below, are offered by City University of Seattle.

Most cybersecurity career routes now require a bachelor’s degree, and master’s degrees are becoming more common for senior and management-level information security positions. This is especially true for jobs like Chief Information Security Officer in the C-suite. Some c-suite cybersecurity positions now require candidates to have a PhD in the field. A master’s degree is also well worth the effort and money for those interested in a career path outside of traditional corporate environments, such as academia, research, or cybersecurity consultancy.

The University of Washington now offers the state of Washington’s only two on-campus master’s degree programmes.

There are certification programmes for a wide range of students and professions. There are certification programmes meant to provide an introduction to information security for those who are just getting started or unsure if cybersecurity is suited for them. Some cybersecurity qualifications can provide candidates an advantage when applying for entry-level positions. Many certificates are available for study in a specific area of cybersecurity, such as penetration testing, which can help a professional increase their expertise and career status. Others are intended to serve as a stand-in and/or introduction to higher coursework. Most of the certificate programmes available in Washington are either introductory or speciality disciplines in cybersecurity at this time.

Five cybersecurity certificate programmes are now available on campus in Washington state. More details can be found in the table below.

There are now three online cybersecurity certificate programs offered by Washington schools. These are listed below:

The growth of the cybersecurity business has continuously outpaced the number of new information security experts. As a result, there is a mismatch between the supply of skilled job seekers and the demand for new job openings. Despite having the largest number of STEM professionals in the country, Washington faces a cybersecurity skills shortage.

According to Cyberseek, Washington employed 24,045 individuals in some component of cybersecurity from October 2018 to September 2019. During that time, Washington firms advertised 11,156 information security job positions, demonstrating a large and unmet demand. There were 9,162 cybersecurity job vacancies in the Seattle/Tacoma/Bellevue area in the northwest part of the state. There were more than 350 such job posts in no other area, indicating that the industry is heavily concentrated in the northwest portion.

According to the US Bureau of Labor Statistics, security analysts in Washington earned an average hourly wage of $51.83 and an average yearly pay of $107,800 in May 2018. Both of these salaries are significantly higher than the national average. These high pay scales, however, are offset by a state standard of living that is approximately 20% higher than the national average. Washington is also one of only seven states in the United States that does not levy a personal income tax. Business taxes, personal property taxes, and sales taxes on both products and services are all used to raise money (although most foods are exempt). Sales taxes in Seattle and Tacoma, Washington’s two largest cities, are little over 10%.

Washington already has the largest concentration of STEM workers in the country, as well as several significant technology enterprises. It’s also home to a number of major worldwide corporations. There is currently a sizable workforce working in some form of cybersecurity, and the number is fast growing, soon to approach 25,000. And the demand for cybersecurity experts is surpassing the supply of competent candidates. Cybersecurity pay scales are much higher than the national average, as is the level of living. Not to mention the fact that Washington is one of only seven states that does not levy a personal income tax.

With its multi-pronged approach to information security, Washington’s state government is setting an example for all residents and enterprises. Washington is also attempting to become a centre for cybersecurity research and higher education. The state’s northwest region is a hotbed of industry and technology, accounting for more than 80% of new cybersecurity job vacancies in Washington in the last year. It’s also a popular destination for those seeking a more active lifestyle. As a result, cybersecurity experts and students in Washington will have plenty of possibilities for education, profitable professions, and a high quality of life.