How is Deepfake Technology a Curse in Today’s World?

On February 4th, 2020, Twitter released a statement stating that the company will begin marking tweets that consist of deceptive video by spelling out that they contained manipulative videos along with providing additional context to help users understand the authenticity of the content.

Twitter has been working on its policies of detecting fake videos during the last few months. It hunted for public feedback on its draft policy to manage videos in November 2019. Similarly, in the previous month, Facebook also banned deepfakes, although the ban won’t apply to content made for comedy or satire.

Deepfake videos become successful due to machine learning models known as generative adversarial networks (GANs). This model works when a generator model trains on a data set and makes a fake account. Utilizing GANs as a deep learning method in data generation and research is known as data augmentation. It is a computer vision that assists in performing specific patterns and reduces the generalization errors. Like for example, GANs can create photos of individuals, objects, and scenes that do not exist in real life.

Another such model is called the discriminator model that attempts to detect what is not real. The generative model learns from its past experiences and uses them to make progressively more realistic content. The discriminator seeks to recognize what’s new and what’s part of the original training data. When it fails to tell, the generator has successfully fooled the discriminator.

To shed more light on the topic, we’ve compiled this article for our readers, so their questions are answered. Let’s read on.

Why is Deepfake a Curse?

Like the Bluetooth connection has both positive and negative sides same goes with deepfake videos but, it has more disadvantages than the advantages. The deepfake technology is becoming more advanced and is hard to spot as time goes by. Deepfake has been extensively used in the past to create fake celebrity por nogra phic videos. Not only this, but it has also been used to create fake news or deceptive footage of individuals or other prominent individuals with entirely made-up dialog. An example of this was the deepfake video of Facebook CEO, Mark Zuckerberg.

SEE ALSO:
Do You Really Need an Ethical Hacker in Your Startup?

The US Intelligence Committee has recently issued a warning before the 2020 elections. They claim that the foes and potential competitors will try to use the deep fakes or similar machine learning technology to encourage campaigns directed against the US and their counterparts.

As the 2020 elections are approaching and there is a continuous threat of cyberwar and cyberattacks, few scenarios of deepfake technology should be considered.

Things do not end here. Spreading fake news, invalid scientific research results, and survey statistics may have a disastrous effect on an individual’s mental health and well-being. Most of the scholars and researchers, business personalities, and politicians will be broken, ruined, and forgotten if they once get a dominant competitor who can use this technology to take revenge.

Another troublesome element of the deepfake is that people face great difficulty in spotting fake media. According to Stanford University research, 52% of the high schoolers believe that a poor video quality that claimed to show ballot stuffing contains pieces of evidence of the US voter fraud during the 2016 elections. That video was not a deepfake, but it was from Russia rather than the USA.

The researchers found the results worrisome, especially as many of the high schoolers in the study were able to vote for the first time in the 2020 election. About older generations, most people are not able to think that technology is advanced so that it can make a fake video. Thus they assume what they see is real.

SEE ALSO:
Tips On How Businesses Can Protect Their Social Media Accounts

However, a decisive factor is that teams are making progress with advanced detectors that find instances of fake videos. For example, the UC Berkeley researchers trained software to look at the precise facial movement people make, like the rotation of the head during a frown.

Companies that specialize in making video presentations for their clients are affected by the increasing amount of fakeness in the media industry. There is an ongoing struggle to show contents in ways that are believable and true. For instance, although administrators are the credible sources to narrate the story of a brand, the accurate information comes from the everyday employees who work for an organization.

A crucial reason why fake news has taken prominence in today’s society is that people frequently share the content they read or see without verifying its accuracy. People have shown success in creating fake videos of people in things they have never said in reality.

If anyone wants to act maliciously towards someone in an authoritative manner, getting results might be straightforward as making fake videos that damaged their reputation. Videos can spread across the internet within a few minutes and reach the global audience. The level of reach and speed makes it difficult for a company to stop the damage in such circumstances.

A deepfake video can easily mislead any legal proceedings as the judge or any other statutory authority can assume they see a person on screen as well as hear them, making the footage an authentic one. There is a long history of such cases with the legal system that results in innocent people sent to jail for no reason.

Fake videos can be added to this list if people don’t pay attention to what they see and hear. If deepfake becomes more prevalent in the future, the safest method to practice might be believing the footage isn’t real until people get confirmation that proves otherwise.

How to Mitigate the Cons of Deepfake Technology?

Despite the prevalence of this technology, it is still possible to combat and prevent the negative impacts of this model. The foremost important thing is to make improvements in education standards. Critical thinking, along with digital literacy, must be the focus of the school curriculum so children can recognize fake news.

SEE ALSO:
How to Maintain and Improve Your Company’s Digital Systems?

Apart from the official steps taken and explanations made, the prime emphasis should be on the morality of using deepfake technology. The social advertisement, as well as public education representatives, and NGOs need to allocate some cost, effort, and time on explaining the cons of deepfakes on the society, the ways to spot fake information, averting such influences, and blocking them from personal access if possible.

Secondly, by adopting security protocols within your organization, you can remain on the safe end. The possibility that a deepfake will fool an individual is indeed high, but its ability to influence others will drop steadily if more people are involved. By including multiple checkups to situations where deepfakes might be needed, an organization can prevent an attack before it can do any harm.

Since adversaries use deepfake to make telephone and video calls, companies must establish specific security protocols that require a checkup that employees need to follow whenever they receive calls.

Lastly, a straightforward and profound communication among the representatives of authorities, media, IT, business, and education development will allow us to overcome the negative consequences of deepfakes and manipulate their technical abilities for enjoyment, mutual understanding, and progress.

To sum up all, deepfake technology has more disadvantages than benefits. The authorities of the US and the UK have already made attempts to monitor things connected with GANs. This technology provides a picture of the future of cybercrimes. It is an excellent example of how technology can mislead people and can risk organizations’ integrity. Since the threats of deepfakes are still growing, enterprises should prepare themselves to combat such attacks by incorporating technological measures in their daily routine and educating their workforce.

How to Maintain and Improve Your Company’s Digital Systems? How to Download Splashtop RMM Solutions- Administrators may now manage numerous endpoints from a single console, including software… 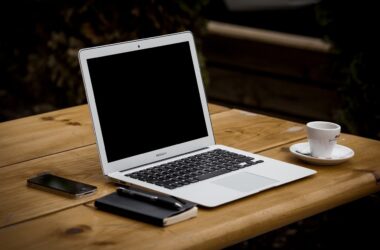 How to Use Bacula Windows Backup Software?

How to Use Bacula Windows Backup Software?- Bacula is an open-source Windows backup programme designed for users who…