On Wednesday, HP delivered mixed financial results for the second quarter as unit sales declined in both the personal systems and the printer segments.

The company reported $1.4 billion, or 53 cents a share, in fiscal second quarter earnings on revenue of $12.5 billion , down 11.2 per cent from last year’s same period. Non-GAAP earnings were 51 cents a share for the year.

Wall Street expected HP to report $12.85 billion in revenue in the second quarter on non-GAAP earnings of 45 cents per share. 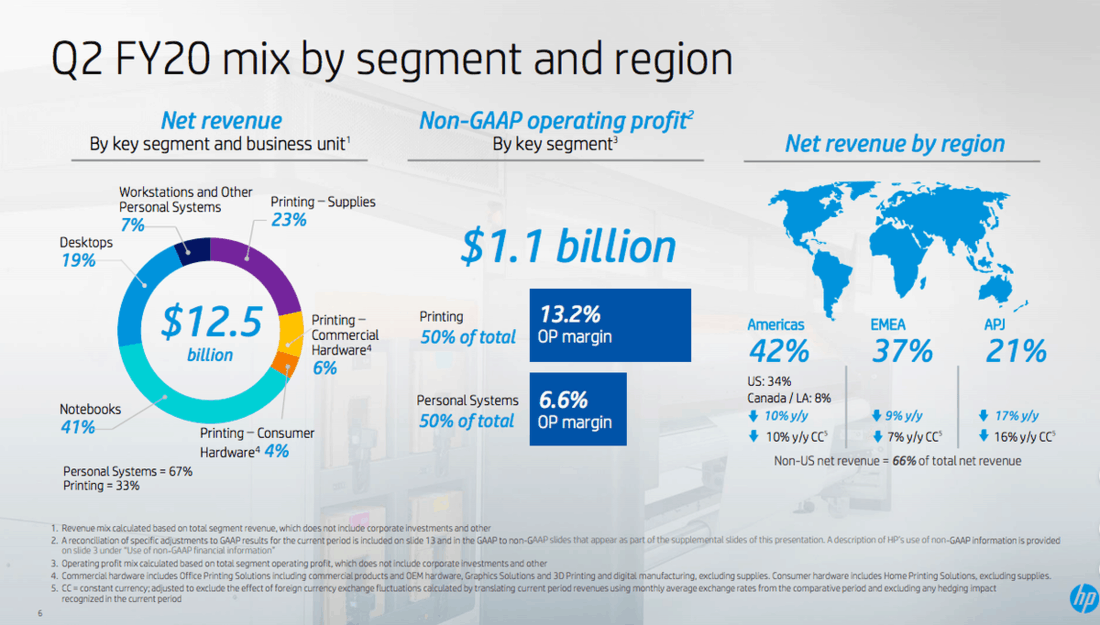 “The strength of HP’s diversified portfolio, business strengths, and balance sheet position us well to withstand macroeconomic challenges and drive the development of long-term value,” said Enrique Lores, CEO of the HP. “We see strong demand from our customers on Notebook PC orders and Instant Ink subscriptions, as well as growing interest in 3D printing and digital manufacturing at key verticals such as healthcare. The current environment will be a catalyst for transformation and innovation across HP.”

As for the outlook, HP is projecting 39 cents a share of non-GAAP earnings to 45 cents a share. Analysts predict sales of $13.27 billion, 49 cents per share. After hours, HP’s shares were down almost 3 per cent.

Why Cybersecurity Is Becoming Vital In Politics

Due to the pandemic, people stayed in their houses for almost months, which means they had a lot…

Normally it comes down to the RiskOps team or a third party security company to ensure software firms,…

Introduction Every good-looking website is always adored by users. They know how much time and effort went into…