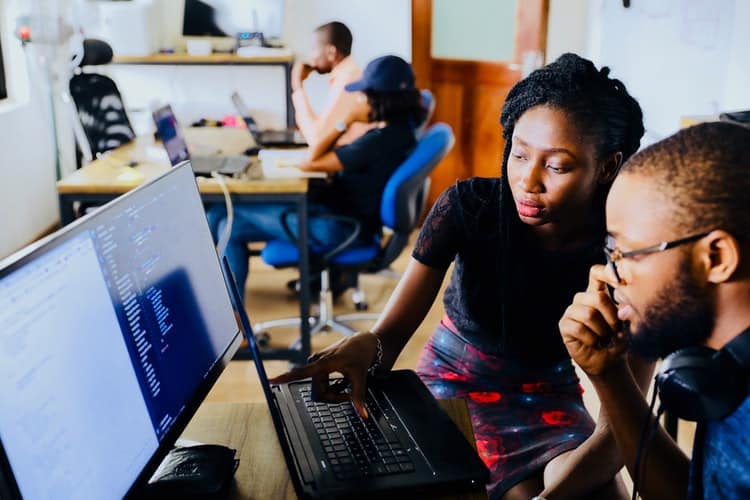 Although there was no immediate assertion of responsibility, Israel’s media almost unanimously claimed that the blackout was triggered by a devastating cyberattack organised by the government.

If Israel is to blame, it will exacerbate tensions between the two countries, which are already embroiled in a shadow conflict across the Middle East. Following a meeting with US Defense Secretary Lloyd Austin on Sunday, Israeli Prime Minister Benjamin Netanyahu vowed to do everything in his power to sabotage the nuclear agreement.

The incident at the facility early Sunday morning was initially identified as a blackout triggered by the electrical grid feeding its above-ground workshops and underground enrichment halls, but details remained scarce.

Ali Akbar Salehi, the American-educated head of Iran’s Atomic Energy Organization and former foreign minister, made what seemed to be his harshest remarks in a long career that included the assassination of nuclear scientists a decade ago. Iran also holds Israel responsible for the assassinations.

When seeking to lift international sanctions, he promised to “seriously develop” his country’s nuclear technology.

Salehi’s remarks to state television did not provide an explanation for what occurred at the plant, but his words indicated a major disturbance.

“While condemning this desperate move, the Islamic Republic of Iran stresses the importance of international bodies, including the (International Atomic Energy Agency), confronting this nuclear terrorism,” Salehi said.

The International Atomic Energy Agency, which oversees Tehran’s nuclear programme, had previously stated that it was aware of media reports about the incident in Natanz and had spoken with Iranian officials about it. The agency did not provide any additional details.

Natanz, on the other hand, has been the victim of sabotage in the past. During an earlier time of Western concerns about Tehran’s programme, the Stuxnet computer virus, discovered in 2010, and generally assumed to be a joint US-Israeli creation, disrupted and destroyed Iranian centrifuges at Natanz.

In July, a mysterious explosion occurred at Natanz’s advanced centrifuge assembly facility, which authorities later attributed to sabotage. Iran is currently re-constructing the facility deep inside a nearby mountain. Iran also blamed Israel for the assassination in November of a physicist who started the country’s military nuclear programme decades ago.

The blackout in Natanz was reportedly triggered by an Israeli cyberattack, according to several Israeli media outlets. The Mossad, according to public broadcaster Kan, was behind the attack. According to “experts,” the attack shut down whole parts of the facility, according to Channel 12 TV.

Despite the fact that the stories did not cite any sources, Israeli media has a strong relationship with the country’s military and intelligence agencies.

On Sunday’s blackout, Yoel Guzansky, a senior fellow at Tel Aviv’s Institute for National Security Studies, said, “It’s hard for me to believe it’s a coincidence.” “If it isn’t a coincidence, which is a major if, someone is attempting to send a message that says, ‘We can restrict Iran’s advance and we have red lines.’”

He also added that it sends a message that Iran’s most sensitive nuclear site is “penetrable.”

On the eve of Israel’s Independence Day, Netanyahu toasted his security chiefs, with the president of the Mossad, Yossi Cohen, by his side.

Netanyahu said of Israel’s past, “It is very difficult to justify what we have achieved,” adding that the nation had turned from a “weakness” to a “world power.”

Israel’s Mossad intelligence service and specialist military units don’t usually talk about their operations. Netanyahu has repeatedly portrayed Iran as a major threat to Israel in recent weeks, as he tries to maintain control after several elections and while facing corruption allegations.

Netanyahu urged his security chiefs to “continue in this direction, and to continue to hold the sword of David in your possession” at the event on Sunday night.

Israeli Defense Minister Benny Gantz told Austin on Sunday that Israel views America as an ally against all threats, including Iran.

“Today’s Tehran poses a strategic threat to international stability, the Middle East as a whole, and the state of Israel,” Gantz said. “And we will work closely with our American allies to ensure that any new deal with Iran safeguards the world’s and the United States’ vital interests, avoids a dangerous arms race in our area, and protects Israel.”

According to Kochavi, the Israeli military’s “operations in the Middle East are not concealed from the enemy’s eyes.” “They’re keeping an eye on us, assessing our skills and treading carefully.”

Iran revealed on Saturday that it had started up a chain of 164 IR-6 centrifuges at the factory. Officials have also begun testing the IR-9 centrifuge, which would enrich uranium 50 times faster than Iran’s first-generation centrifuges, the IR-1, according to officials. Iran is only allowed to enrich with IR-1s under the terms of the nuclear agreement.

After then-President Donald Trump’s withdrawal from the Iran nuclear agreement in 2018, Tehran has defied all uranium stockpile restrictions. It can now enrich up to 20% purity, which is a technological move away from the weapons-grade standards of 90%. Iran claims that its nuclear programme is for peaceful purposes only.

Iran was given sanctions relief in return for ensuring that its nuclear arsenal never grew large enough to allow it to possess an atomic bomb if it so desired.

An explosion hit an Iranian cargo ship off the coast of Yemen on Tuesday, reportedly serving as a floating base for Iran’s paramilitary Revolutionary Guard forces. The blast has been blamed on Israel by Iran. The attack intensified a long-running shadow war in the Middle East’s waterways, which targeted regional shipping.