After releases of exploit code for two zero-day vulnerabilities in Windows 10 over the past 48 hours, SandboxEscaper, a security researcher and developer, today released two more, bypassing the CVE-2019-0841 patch and exploit LPE PoC dubbed InstallerBypass.

The reason behind these vulnerability releases is a May 22 post from the blog of SandboxEscaper. Today, another post says the two remaining bugs were:

The remaining bugs have been uploaded.

I like bridges burning. I hate this world alone.

Ps: this month apparently patched the last Windows error reporting bug. Other 4 bugs are still 0days on the GitHub. Have fun, have fun.

SanboxEscaper found the zero-day Local Privilege Escalation flaw dubbed CVE-2019-0841-BYPASS after noticing that “vulnerability is still present in code triggered by CVE-2019-0841.” The CVE-2019-0841 is a “Windows Privilege Vulnerability Elevation” which was patched in the May 2019 patch Tuesday updates.

“An elevation of privilege vulnerability exists when Windows AppX Deployment Service (AppXSVC) improperly handles hard links. An attacker who successfully exploited this vulnerability could run processes in an elevated context. An attacker could then install programs; view, change or delete data.”

According to the researcher, this new vulnerability bypasses the patch for Microsoft’s CVE-2019-0841, enabling attackers to write a DACL that will “identify trustees that are allowed or denied access to a secure object” after successful exploit.

As she describes the process of exploitation:

If you create the following:

If we create that directory and put an hardlink in it, it will write the DACL.

SandboxEscaper delivers PoC executables in the PoCFiles repository of CVE-2019-0841-BYPASS that can be used to test vulnerability on patched Windows machines. 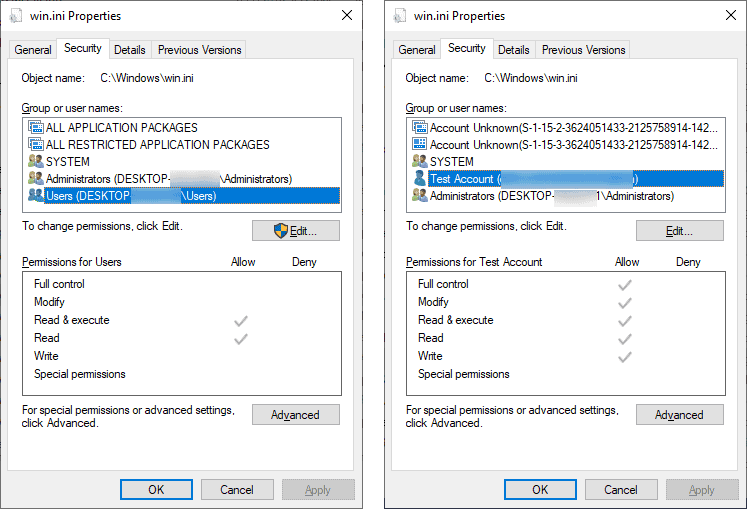 The other zero-day PoC feature released today by the researcher and dubbed InstallerBypass is also for local privilege increases and can be used to deploy binaries to the Windows folder of system32 and to run them with enhanced privileges.

As SandboxEscaper says “Could be used with a malware, you can programmably trigger the rollback. Maybe you can even pass the silent flag to hide your installer user IT and find a new way to trigger a rollback (e.g. by using the installer api, injecting it into medium msiexec IL etc.).