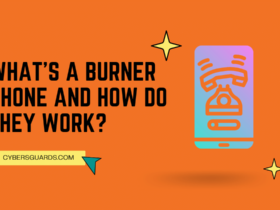 What’s a Burner Phone and How Do They Work?

Table of Contents
What is a CPU?
What does a CPU do?
Fetch
Decode
Execute
What are Multi-Core CPUs?
Understanding the Specifications of the CPU
Mobile vs. Desktop CPUs
32-bit vs. 64 bit CPUs
Design of CPU Thermal Power
Type of CPU Socket
L2/L3 Cache
Frequency
The Brains of Operation

Computer acronyms can be confusing. What exactly is a CPU? What is a CPU? Do I need a quad-core or dual-core processor to do my job? What about AMD or Intel? We are here to help you understand the differences!

Acronyms are the best way for tech people to make complex technology seem incredibly simple. The specifications of a new computer or laptop will include information about the type and performance of the CPU. They almost never tell you why this is so important, which is frustrating.

It can be difficult to know the difference between AMD and Intel, quad-core or dual-core, and i3 and i7 when faced with tough decisions. It can be hard to decide which one is right for you. But we are here to help.

What is a CPU?

The Core Processing Unit (CPU), is sometimes referred to as the brain of the computer. Although it is one of many processing units, it is undoubtedly the most important. It performs calculations and other actions.

These functions were often split between multiple processors in older computers. The manufacturing and design innovations have allowed the entire CPU to fit on one chip. You’ll often hear microprocessors used to refer to CPUs.

This has allowed us to reduce the size of computers and make them all-in-one. We can also create lighter, thinner laptops. These powerful processors are crucial to the performance of your smartphone.

What does a CPU do?

Since the introduction of the first CPUs, there have been many improvements. The primary function of the CPU, fetch, decode and execute, has not changed.

Fetching is, as you might expect, the act of receiving an instruction. The instruction is represented by a sequence of numbers that is passed from to the RAM. Each instruction is only a small part of an operation. Therefore, the CPU must know which instruction follows.

A program counter (PC) holds the current instruction address. Instruction Register (IR) is created from the PC and instructions. The PC length is then increased to refer to the next instruction’s address.

The decoded instructions are then sent to the appropriate parts of the CPU. The results are typically written to a register on the CPU, so that later instructions can refer to them. It is essentially the same as your calculator’s memory function.

What are Multi-Core CPUs?

The CPU could only process one set of instructions per second in early computers. These older computers were slow and took a lot of time to process data.

Manufacturers pushed single-core CPUs past their limits over the years and began to look for ways to increase the processor’s performance. This is why we have multicore processors. You’ll see phrases such as quad-core and octacore adorning marketing materials for PCs.

They are not as complicated as they seem. A dual-core processor, for example, is actually just two CPUs on one chip. The companies did not redesign the CPU, but made improvements in the manufacturing process to increase performance.

Recent developments in processor design have allowed processor engineers to make a single-core processor behave as if it had two cores. Hyper-threading is a term used in the majority of the Intel Core CPUs.

Understanding the Specifications of the CPU

It is important to understand how a CPU works, especially when you add in knowledge of leading brands and ranges. There are many options that offer similar specifications.

You can also take additional specifications into consideration to help you compare models. These specifications will assist you in making a decision about which CPU to buy when it is time for you to upgrade your computer’s processor.

Computers were traditionally large, stationary, and powered by mains electricity. We now have smartphones, tablets and smart home devices that are powered by CPUs far more powerful than the computers of years past.

These devices have specially designed mobile processors to enable this transition to a more portable lifestyle. These CPUs have been optimized for efficiency and power consumption to prolong your battery life. Despite being called the same by different manufacturers, mobile and desktop processors are often referred to as different things.

The processor does not receive a steady stream of data. It receives data in smaller bits known as words. The number of bits contained in a word limits the processor’s performance. Although 32-bit processors were initially designed in the 1940s they weren’t practical until much later.

They were inexpensive enough to be included in consumer electronics by the 1990s. Everyone assumed that 32 bits would be fairly future-proof. However, according to Moore’s Law technology improved and 32-bit processors became a limitation in both hardware and software. They were eventually phased out to be replaced by 64-bit processors which are the current global standard.

The Thermal Power Design measures the maximum power your CPU can consume in Watts. Lower power consumption is certainly good for your electricity bills. However, it can also have a surprising benefit: less heat.

To make a computer fully functional, the CPU must be connected to all the components via the motherboard. You must ensure that the motherboard socket type and CPU socket match when choosing a CPU.

L2 and L3 cache are fast onboard memory that the CPU can use during processing. Your CPU will run faster if you have more of it.

Frequency refers to the processor’s operating speed. Prior to multi-core processors frequency was the most important performance metric between individual CPUs. It is important to remember this specification, despite the addition of new features. For example, a quad-core CPU with a faster dual-core CPU may outperform one with a slower processor.

The Brains of Operation

Your computer’s most important component is the CPU. The CPU performs all tasks associated with computers. All other components are primarily there to support it. Despite the fact that the same principles have been followed for decades, there are notable improvements such as multiple cores or hyper-threading.

They make computers, laptops and tablets, smartphones, as well as connected equipment, more powerful and ultimately more valuable. There are many upgrades that you can do to your computer to modernize and increase its performance.