What is Cybercrime?- Cybercrime is defined as criminal action involving a computer, a computer network, or a networked device.

Most, but not all, cybercrime is done by profit-driven cybercriminals or hackers. Individuals or groups can commit cybercrime.

Some cybercriminals are well-organized, employ advanced strategies, and have a high level of technical expertise. Others are newcomers to hacking.

Cybercrime is rarely used to harm computers for motives other than profit. These could be either political or personal in nature.

According to Online Cloud Security, there is a cybercrime happening every 36 seconds. Here are some specific examples of the different types of cybercrime:

Viruses and other types of malware are frequently used in cybercrime that targets computers.

Computers may be infected with viruses and malware by cybercriminals in order to harm or disable them. They could also employ malware to erase or steal information.

A Denial-of-Service (DoS) attack is a type of cybercrime that prohibits consumers from using a system or network, or prevents a company from providing a software service to its clients.

Cybercrime that involves the use of computers or networks to disseminate viruses, illicit information, or illegal images is known as cybercrime.

Cybercriminals occasionally engage in both types of cybercrime at the same time. They might start by infecting computers with viruses. Then use them to propagate malware over a network or to other PCs.

A Distributed-Denial-of-Service (DDos) attack is another option for cybercriminals. This is similar to a DoS assault, but cybercriminals carry it out using a large number of compromised machines.

A third type of cybercrime, according to the US Department of Justice, is when a computer is used as a tool to commit a crime. Using a computer to store stolen data is an example of this.

The European Convention on Cybercrime has been signed by the United States. The convention throws a wide net, and it considers a variety of hostile computer-related offences to be cybercrime. Consider the following scenario:

So, just what constitutes cybercrime? Is there any well-known case in point?

We’ll look at some well-known examples of various forms of cybercrime attacks utilised by cybercriminals in this section. Continue reading to learn more about what constitutes cybercrime.

When a computer system or network gets infected by a computer virus or other sort of malware, it is called a malware attack.

Cybercriminals could use a machine infected with malware for a variety of objectives. These include stealing personal information, using a computer to commit other crimes, and inflicting data harm.

The WannaCry ransomware outbreak, a global cybercrime performed in May 2017, is a well-known example of malware.

Ransomware is a sort of software that holds the victim’s data or equipment hostage in exchange for money. WannaCry is a kind of ransomware that exploited a flaw in Microsoft Windows computers.

When the WannaCry ransomware outbreak hit, it infected 230,000 machines in 150 countries. Users were locked out of their files and received a notice demanding payment of a BitCoin ransom.

The WannaCry cyberattack is thought to have cost the world $4 billion in financial losses.

When spam emails or other forms of communication are distributed in bulk, the goal is to deceive recipients into doing anything that compromises their security or the security of the organisation they work for.

Infected attachments or links to malicious websites may be included in phishing campaign mails. Alternatively, they may request that the recipient respond with confidential information.

One of the most well-known phishing scams of 2018 occurred during the World Cup. The World Cup phishing scam, according to reports from Inc, involved emails sent to football lovers.

These spam letters attempted to attract supporters by offering phoney free vacations to Moscow, which was hosting the World Cup. Personal information was collected from people who opened and clicked on the links in these emails.

Spear-phishing is a different form of phishing campaign. These are targeted phishing efforts that attempt to dupe certain personnel into risking the organization’s security.

DDoS attacks (distributed denial-of-service attacks) are a sort of cybercrime assault that cybercriminals utilise to bring a system or network down. DDoS attacks are sometimes launched via linked IoT (internet of things) devices.

A DDoS assault overwhelms a system by flooding it with connection requests over one of the main communication protocols.

Cybercriminals who are committing cyberextortion may threaten a DDoS attack as a means of extortion. A DDoS could also be employed as a decoy while another sort of cybercrime is being perpetrated.

The 2017 DDoS attack on the UK National Lottery website is a well-known example of this type of attack. The lottery’s website and mobile app were taken offline as a result, making it impossible for UK residents to participate.

How to Protect Yourself Against Cybercrime

So, now that you’ve learned about the dangers of cybercrime, what are the best ways to safeguard your computer and personal information? Here are some of our best recommendations:

Updating your software and operating system ensures that you have access to the most recent security fixes to secure your computer.

Use anti-virus software and keep it updated

Anti-virus software or a full internet security solution, such as Kaspersky Total Security, is a good approach to keep your PC safe from threats.

Anti-virus software scans, detects, and removes threats before they become a problem. This security helps to protect your computer and data from cybercrime, providing you with peace of mind.

If you use anti-virus software, make sure it’s up to date so you can get the most out of it.

Email attachments in spam emails are a common way for computers to become infected with malware and other forms of criminality. Never open an attachment from an unknown sender.

Do not click on links in spam emails or untrusted websites

Clicking on links in spam emails or other messages, or unknown websites, is another way for people to become victims of cybercrime. To keep safe online, avoid doing this.

Do not give out personal information unless secure

Hang up if you are asked for information by a corporation that has phoned you. To ensure you’re chatting with them and not a cybercriminal, call them back using the number listed on their official website.

Because fraudsters can keep the line open, it’s best to use a different phone. They can claim to be from the bank or other entity you think you’re speaking to when you think you’ve re-dialed.

Keep a close check on the URLs you’re visiting. Do these appear to be genuine? Avoid clicking on URLs that appear to be unknown or spammy.

Keep an eye on your bank statements

Keep a watch on your bank statements and contact the bank if you see any unusual activity. They can be investigated by the bank to see if they are fraudulent. 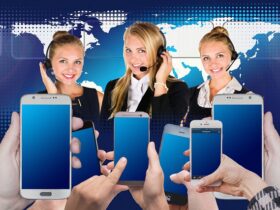