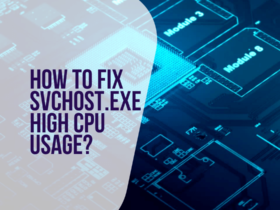 The digital universe is packed with forums and expert communities where participants organize heated debates about all sorts of more or less relevant subjects. One of the topics that raise the biggest controversy is: Which virtualization platform is better, VPS or KVM?

It’s a major issue among clients who still cannot decide which one to opt for, but there aren’t enough resources you can consult to solve the riddle and find the most accurate answer. Of course, it’s not so easy to give a straightforward answer, but we can at least try to identify situations in which one solution outperforms the other and vice versa.

In this post, we will try to explain the concepts of VPS and KVM and describe the differences between the two platforms. Let’s take a look!

What Is a VPS?

The first task is to define the concept of VPS and tell you what it really means. If you want to launch a website on the Internet, you need a web hosting solution to support your content management activities. In such circumstances, you’ll need a platform such as the Virtual Private Server (VPS).

By definition, a VPS hosting environment mimics a dedicated server within a shared hosting environment. Linux-focused VPS is usually created through OpenVZ, a system based on dedicated Linux kernel modules. In this case, the hosting solution combines both shared and isolated components.

Who can get the most of a Linux VPS? The solution is ideal for websites that are gradually overgrowing shared hosting.

Now that you understand the concept of VPS, it is time to discuss KVM as well.

KVM, which stands for Kernel-based Virtual Machine, is an open-source software platform that enables virtualization for x86 and other server platforms running the Linux operating system (OS) and can be loaded to run multiple virtual machines on a single server running unmodified Linux or Windows.

Being an open-source platform, KVM is a popular choice among clients who are not looking for a commercial hypervisor. Unlike VPS hosting, KVM isolates your resources all along the way and you don’t have to share it with anyone else. In other words, it guarantees maximum stability and flawless performance 365 days a year.

On the other hand, KVM demands additional hardware if you want to make it function effortlessly. Another downside is that it can host fewer clients on a given server. As you can see, there is a huge difference compared to VPS, but the final decision on which one to use depends on your needs and professional preferences.

Why You Should Opt for a VPS?

We can now focus on the practical benefits of using a VPS instead of the KVM. The easiest way to put it is to say that a VPS is highly convenient for middle-range users who don’t demand such strong processing power.

In case you are just entering the universe of self-serve management, then a VPS might as well be the most convenient solution for you. A lot of clients find it annoying that they need to learn how to handle VPS operations, but we consider it to be an advantage because it’s the only way to dive deeper into the world of self-server management.

Namely, you will have to figure out how to install the platform, run upgrades, modify software, and do many other things manually. It’s a nice way to learn how the system works and get ready for more advanced functionalities.

Keep in mind, however, that VPS systems are often based on OpenVZ and SolusVM. The two control panels are easy to use and very intuitive, but SolusVM is known for a number of more or less serious security issues. But as long as you don’t put too much burden on its back, SolusVM will function just as safely as OpenVZ.

Why You Should Opt for a KVM?

If you don’t need a dedicated server, but still want a powerful hosting solution, then you should opt for a KVM. With a KVM at your disposal, you gain full control over your online operations, but the privileges come with a few responsibilities as well.

KVM platforms give you the chance to install the kind of operating system you want instead of forcing you to go with the templates like a VPS. You can take advantage of it to make the necessary configurations at will and apply many other features besides the usual ones. It is, of course, a more difficult and time-consuming option, but at least you’ll get the product exactly the way you want it.

Besides that, uk essays claim that a KVM comes with an incredible VNC. This function enables users to eliminate the SSH feature and maximize the security of your server. Other advantages of using a KVM include the following:

The Differences between a VPS and a KVM

You’ve probably figured out a lot of differences between a VPS and a KVM by now, but we want to focus on the most important distinctions in a separate chapter.

Firstly, a KVM solution is adaptable and able to host multiple operating systems. This includes the likes of Linux, Microsoft Windows, and other less popular operating systems. On the other hand, a VPS that runs on OpenVZ is pretty much fixed as it can host Linux operating systems exclusively. Therefore, you don’t get the flexibility of a more complex KVM system.

The second feature of a VPS is often considered to be both the strength and the weakness of the platform. Namely, the process relies on resource sharing in 100% of the cases. A shared kernel receives an external layer of virtualization, but it is shared by all of the users within the same VPS node.

What difference does it make?

Well, it makes none if you are operating a smaller application. However, you are going to face some serious operational obstacles in case you are running a powerful and resource-demanding application.

The thing we love about KVM is that you have the possibility to set a resource limit. It’s a completely isolated solution environment-wise, which means you can use as many resources as you need without jeopardizing the overall functionality of the system.

There is another important detail to mention if you are interested in a VPS. Keep in mind that some companies are not doing their job properly as they tend to oversell resources. They do it because they hope that the clients won’t use 100% of their resources simultaneously.

However, this happens quite often and you might face the problem of underperformance. For this reason, we strongly recommend you to concentrate on reliable and well-known VPS providers only.

After everything we’ve stated so far, the only logical answer to the main question of our article is this – there is no way to tell which one is better, VPS or KVM. However, we can conclude that the selection process should depend on your professional needs and expectations.

If you are not opting for a super-powerful platform with extensive functionalities, then you will probably be satisfied with a VPS. The system is easy to use and all you need is to set it and forget it.

On the other hand, a KVM comes with many more features that allow you to play with the platform and customize numerous functions. It’s a superb solution for advanced users who demand more capacity and know-how to make the most of it.

Justin Josborne
View More Posts
Justin is a marketing specialist and blogger from Leicester, UK. When not working and rooting for Leicester FC, he likes to discuss new trends in digital marketing and share his own ideas with readers on different blogs and forums. Currently, he is working as a content marketer at essay writing service.