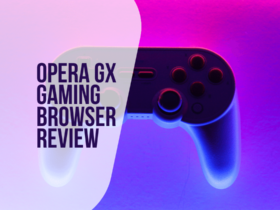 Contents
Subscriptions to fuboTV and their costs
Pro-fubotv strategy
Channels on fuboTV
Add-Ons for fuboTV
Features
Premium Television Channels
Packs of Channels
Channel Packs for fuboTV
Devices for fuboTV
Is it Worth It to Subscribe to fuboTV?

Are you looking to get rid of your cable provider? fuboTV has you covered with virtually all the live television content you could ever want.

Since its inception, fuboTV has grown in popularity, transitioning from being a live TV streaming service designed initially for sports fans to becoming one that the entire family can use.

There are dozens of channels to choose from and a large selection of on-demand content. You can also watch all of this content on many devices at a reasonable price.

Subscriptions to fuboTV and their costs

There are a couple of different subscription options available on fuboTV in terms of plans. While the customization options aren’t as extensive as Sling TV’s, fuboTV offers a good channel selection at a reasonable price.

The fuboTV Starter Plan costs $64.99 per month and includes over 100 channels, including ABC, Fox, Food Network, FS1, FS2, USA, HGTV, VH1, MTV, FXX, and a slew of others. Is the most basic package available? Because this is the most affordable plan, it only provides 250 hours of Cloud DVR storage space and three simultaneous streams. On the other hand, this plan is not available to new customers.

fuboTV Pro is available for $69.99 per month and includes the same 112 channels as fuboTV. On the other hand, this plan includes enough Cloud DVR storage space for 1,000 hours of content for a minor price increase. Furthermore, it is possible to watch content on up to ten different screens simultaneously.

The fuboTV Elite bundle, which costs $79.99 per month and includes 165 channels that broadcast 130 events in 4K, is available. This section contains all of the channels included in the other bundles and everything from the Fubo Extra and News Plus add-on packages. The plan also includes 1,000 hours of Cloud DVR storage and the ability to stream up to 10 simultaneous streams.

FuboTV also offers a Latino Quarterly plan, which costs $33 per month and includes nearly 40 channels in Spanish, such as beIN Sports, ESPN Deportes, UniMas, Cine Latino, and others, all of which are available on the platform. In addition, there are 250 hours of Cloud DVR storage space included in the plan and three simultaneous streams.

Among the many excellent channels available on fuboTV are ABC, Fox, Food Network, FS1 and FS2, USA, Home & Garden Television, VH1, MTV, and FXX, to name a few notable examples. In addition, a disproportionate number of sports channels serve to remind users of the service’s original purpose: to deliver live sports to fans.

The number of optional add-ons available for fuboTV is enormous. No matter what you’re looking for in a streaming service, fuboTV has it.

There are several feature add-ons available for fuboTV that you can purchase. Even though new subscribers will not require these because they are already included in their current plans, existing subscribers can still add them to their accounts.

In addition to several premium networks that you may want to include in your subscription, fuboTV allows you to pay for them all from a single source.

With your fuboTV subscription, you can watch SHOWTIME for $10 per month. SHOWTIME on-demand content and live channels will be yours with this subscription, among other things.

STARZ will cost you $8.99 per month, and it will provide you with access to all of the STARZ live channels and all of the on-demand shows and movies.

You’ll have to pay $5.99 per month through fuboTV to gain access to the EPIX live channels and the on-demand movies and shows.

Getting access to all three premium networks—SHOWTIME, STARZ, and EPIX—will only cost you $19.99 per month, representing significant savings. In addition, the AMC Premiere subscription is available for $4.99 per month. It provides access to ad-free content, complete seasons of AMC shows, and other features such as uncut movies and original digital series.

If you want to watch other networks, you can purchase one of the bundles that fuboTV offers.

Sports Plus with NFL RedZone is a 25-channel bundle that costs $10.99 per month and includes the NFL RedZone. You can watch NFL Red Zone, NBA TV, NHL Networks, MLB Channel, PAC12 Networks, ESPNEWS, Tennis Channel, and other channels on your computer or mobile device.

It costs $7.99 per month to subscribe to fubo Extra, including over 40 channels such as the Cooking Channel, the NBA TV Network, MTV Live, Discovery Family, TeenNick, and others. This bundle is included as part of the fuboTV Elite subscription plan.

International Sports Plus, which costs $6.99 per month and includes networks suitable for international sports fans such as GolTV, ESPN Deportes, and others, is available for $6.99.

Adventure Plus, which costs $4.99 per month and is devoted to outdoor and extreme sports, is similar to Outdoor Channel or Outside TV in content.

Several news channels, including Bloomberg TV, BBC World News, and Euronews, are available for $2.99 per month as part of the News Plus subscription package. This pack is also included in the fuboTV Elite subscription plan.

According to the league, NBA League Pass is available for $14.99 per month and provides access to approximately 40 out-of-market basketball games per week.

Sports Lite includes eight additional channels, including NBA TV, MLB Network, NHL Network, and Tennis Channel, for a monthly fee of $9.99 (plus tax). In addition, some of these networks are available as part of the fubo Extra pack.

While Entretenimiento Plus, which adds nine music and movie channels from Spain, Mexico, and other countries, costs $4.99 per month, Portuguese Plus adds five channels for $14.99 per month.

Fortunately, fuboTV is compatible with a wide range of devices, allowing you to relax and enjoy all of the content no matter where you are.

The following is a comprehensive list of devices that are compatible with fuboTV:

What distinguishes fuboTV from the competition is the massive amount of cloud DVR storage space available, especially when compared to other live TV services. It is unheard of to have a thousand hours of storage space. Even better, all of your recordings will be saved until you decide to delete them; there is no time limit on how long they will be kept.

Overall, fuboTV is a fantastic platform with a wide variety of exciting networks. Sports fans, in particular, are spoiled for choice with a wide range of channels to choose from.