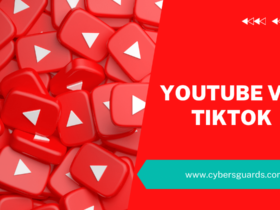 Contents
In This “Game”, the Amount Remains Unchanged
Make Goals, Plan Things
Does All This Sound Like Risk Management to You?
Go Everywhere, but Return to Bitcoin
What Are Curves and Graphs For?
Sharing Experiences About Cryptocurrencies
Look Further
Where’s the World of Cryptocurrency Going?

We mentioned the word “rules” because trading cryptocurrencies can be very unpleasant, i.e. with a loss, if you don’t follow certain rules. Then losses are inevitable, and who likes to lose in anything, even in trading in invisible currencies?

The basic question arises: Is it possible to trade cryptocurrencies and stay at the status quo or make some money? Turn off the lottery factor. This type of trade isn’t of the lottery type. Whoever traded on the stock exchange knows what we’re talking about. As such, it requires understanding and, at least, 100% focus. And let’s be clear – cryptocurrencies aren’t for everyone.

For those who recognize themselves in this and who haven’t wavered, we’ll present some suggestions, experiences; let’s say tips, which may pave the way for those people to the gain.

In This “Game”, the Amount Remains Unchanged

The profit of one trader leads to the loss of the other one. Or, not all traders are profitable. Follow the best cryptocurrency traders. Follow their tips and experiences. As in other spheres, there are those more experienced traders who wait for the mistakes of others and make a profit on it.

Don’t rush. There will be days when you’ll make money without doing anything.

If you want to succeed, you have to understand this “game” and look a little further than others. And keep in mind that many people often don’t make rational decisions. If you can’t escape the loss, then clearly specify the loss after which you simply close your position and don’t go any further.

This is an unusually important part in which a distinction is made between those who know and succeed and those who trade chaotically and emotionally. Examples from practice indicate that not a small number of traders, carried away by their current position and state of money, don’t stop in time. Most often, their ego doesn’t allow them to stop, even though they have exceeded all risk limits.

Does All This Sound Like Risk Management to You?

You aren’t far from the truth. But the truth sometimes has more ends. If you want to succeed and be a profitable trader then avoid walking on the edges. Look for and recognize small gains, and these are situations when some phenomena are at the beginning of their growth.

It’s easy to say that you should act smartly, wisely. Victoriously. Still, there are some tricks. Don’t invest too much of what you have in high-risk transactions, i.e. coins.

Go Everywhere, but Return to Bitcoin

Many cryptocurrencies are almost directly dependent on the strongest currency, Bitcoin. It imposes standards and dictates rules. Both good and bad things.Ups and downs. Smaller currencies used to be more dependent on Bitcoin in a clearer way. This is no longer the case today.

Follow the trends of the currencies you trade with. It isn’t difficult to notice that many of them lose value over time. Speaking of value, this is the Bitcoin price at the moment.

And one more thing. New virtual currencies are constantly appearing, which throw some old ones into the past. The choice of smaller currencies is a matter of wise and smart thinking but also of monitoring the market.

If you don’t want to give up smaller currencies in the long run, then follow what’s happening with them. Those that have higher daily trading volumes probably make sense to be kept.

What Are Curves and Graphs For?

If you bunked off math classes this isn’t the area for you. Curves, trends, and tracking ups and downs are something that’s common in this area. Those who know how to read what happens with currencies will recognize their chances and business gains. With more or less risk or a dose of uncertainty.

One of the very important rules is: Never put all your eggs in one basket. If you drop the basket, you’ll experience a debacle. It’s similar to cryptocurrencies. Avoid investing in a single project in a wide arc, no matter how beautified and marketing irresistible it is. Many successful traders consider such investments a high risk.

Although you are, of course, the most important, don’t be alone. Get involved or form groups with those who trade cryptocurrencies. Exchange experiences and knowledge and thus improve your knowledge and skills.

Those who make and have long-term goals will find it easier to navigate this cryptocurrency trading boat. So, set your short-term and long-term goals and trade accordingly, i.e. doesn’t risk the funds you’ll need in the short term.

Your overall goal should be aligned with all of your trading positions as well as risk management.

Where’s the World of Cryptocurrency Going?

For now, many authorities in this field agree that only a certain number of cryptocurrencies will survive in the long run. How many currencies and which ones – that’s another question.

Bitcoin is stable, while the state of other currencies is changing more and more often from year to year. That’s why it’s wise to think about which of these currencies to include in your portfolio and how long to keep them.