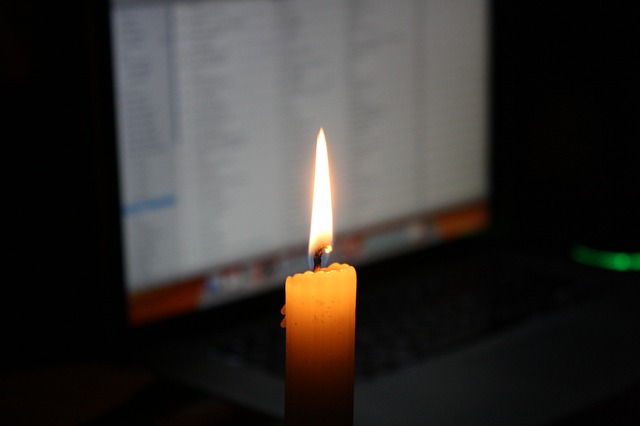 Steps to Fix Modem Not Working After Power Outage

Humans, and Hollywood and writers, in particular, have been obsessed with artificial intelligence before the phrase even existed.

Many books and movies have their premise based around robots or artificial life taking control of humans or even the world. Terminator, Do Androids Dream of Electric Sheep? and iRobot, are just three examples.

However, in the real world, AI is often used for far more mundane practices than creating robots that turn rampant. Nevertheless, the results are often no less impressive. And the applications for AI and the way it is being used are growing and becoming more fascinating.

The market for artificial intelligence software is expected to be worth around $126 billion by 2025, according to the consumer data company, Statista.

Artificial intelligence is making its way into education and apps. This includes musical education, but how is this happening, and does it mean that AI could teach someone to play the guitar?

When did artificial intelligence begin?

It is common to think of robots or automated machinery that can carry out tasks normally done by humans when it comes to AI. Yet, it is much broader than that. Artificial intelligence can refer to the computer science involved in making smart machines.

This can cover different areas, such as machines that can react to situations and ones that can become self-aware. It doesn’t have to be a robot or machine; however, the AI might be contained in something you use every day. Think of how some websites make recommendations for you based on your previous purchase history.

Now, AI is used in various areas, and instead of being something futuristic that might appear in dystopian sci-fi movies, the average person is more likely to benefit from it in apps and websites used daily.

How commonplace is AI today?

While you might not think that AI plays any part in your daily life, you might be surprised. For instance, Netflix uses AI for content creation and recommendations. While Netflix uses algorithms to make these selections, AI is a series of algorithms.

The industries are adopting and using AI range from advertising to healthcare to finance. AI is also used in the music industry and musical education.

How is artificial intelligence used when it comes to music?

The most likely example of AI in music that you will have used yourself is perhaps through iTunes or Spotify, where personalized playlists are generated.

AI can be used in apps for songwriting and can suggest words and ideas according to the song’s mood. There are AI tools for mastering and improving sound quality.

AI is so commonplace in the music and entertainment world that you can find a song online just by humming it.

It isn’t inconceivable that AI will soon be used to create actual hit records. Recently there have been mind-blowing reports on Ai-Da, the AI robot that can study her subjects and then paint them as a human artist.

If AI can be used to create a robot that paints like a real artist, then there is no reason to believe that a natural progression would be an AI composer, or even singer, although that may be a long way off.

Can AI be used to help with musical education?

While the average music education website or app might teach musical notation or how to read music, others are doing very interesting and original things. For instance, some music apps actively listen to the user playing their instrument through a wired connection and personalize feedback and advice.

Another music education site, Chordify, uses AI to reveal the chords in any song uploaded or selected on the app. The AI behind the app and website has worked through thousands of songs so that it can recognize chords through waveforms and spectrograms.

Any individual can upload a song they want to learn, and once the app displays the chords on the screen, the student can then play along and learn the song they chose. This works for many instruments but is especially handy for the budding guitarist or piano player.

Can AI be used to learn instruments?

As you have just read, some apps help to show chords and others that give feedback.

Another app that uses AI to some degree is GuitarTuna Play. It may have an unfortunate name, but there is nothing fishy about it; it can help guitarists learn new songs. It uses AI to scroll chord sheets as the student plays in real-time automatically.

AI is being used in many apps to help music students learn easy guitar chords, but what about other instruments?

A quick search on the Play Store will reveal how many music education apps there are. An almost endless supply of apps designed to help songwriters, composers, piano players, and drummers. Many of these incorporate some AI tech to assist in learning instruments. But how effective they are compared to a music teacher is subjective.

Could AI ever replace human tutors and teachers?

Many individuals prefer to learn a musical instrument with a qualified teacher than through books or videos. At least at the beginning. After a while, many students will choose to carry on their education by themselves.

Whether music teachers could ever fully be replaced by AI is debatable, although many other jobs are being replaced through automation and robots. What may happen is that AI will become part of the education system.

It could be that AI is used to generate more personalized lesson plans for individual students and their skill levels, or even for whole classes.

A few years ago, there was a report on a project at MIT. The Computer Science and Artificial Intelligence Laboratory at the famous university developed a program to recognize and isolate instruments in music videos.

As the report rightly stated, amateur musicians often spend hours listening to and watching YouTube videos trying to learn particular parts of songs. This can be difficult and frustrating. So MIT created PixelPlayer so that a particular instrument could be isolated and that element of the song separated.

If this was the product of a university project 4 years ago, it could only be assumed that AI would be more involved in music production and education in the future.

There is plenty to be thankful for when it comes to music education if you are a newcomer to a musical instrument. Learning the guitar can be trying, and anything that lowers the learning curve has to be a blessing.

An AI app that gives real-time feedback on your playing or one that displays chords from your favorite songs could help you to achieve your goals much faster even if they can’t quite replace a real-life music tutor yet.