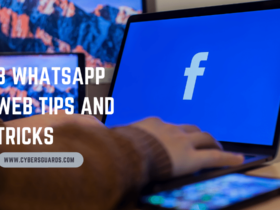 What Is Facebook Marketplace and How Do You Use It?

Contents
What if I told you there was a way to eliminate these types of questions?
This can be especially beneficial because:

It’s not that we want to spy on our boyfriends—actually it’s not even that at all. You may feel compelled to track your boyfriend’s phone because:

You trust him, but you want to trust him even more

Do you find yourself always asking your boyfriend where he is?

What if I told you there was a way to eliminate these types of questions?

In fact, there are apps out there that can effortlessly sync your phone to his. You shouldn’t be digging through his entire phone; that would be very “espionage” of you and totally disrespectful. Remember, you already trust him and you want to strengthen that trust.

Cut to the chase. In one easy step find out his location or who he’s with—with his permission of course. In fact, he’ll probably even be on board with this idea so he doesn’t have to constantly report to you. In all honesty, it’d be valuable if he did the same with your phone as well. It would actually better your understanding of how much he cares for you.

This can be especially beneficial because:

Tracking a boyfriend’s phone will, with caring intentions, ultimately eliminate the who, what, where, and when an aspect of your relationship. It’ll save the boring conversations and the annoyance of being asked the same questions every day. Your boyfriend will feel comforted knowing you’re checking on him out of love.

On the other hand, your relationship may be missing something

If you’re seeking understanding of what your boyfriend thinks about you, it probably means your relationship lacks open communication.

Tracking your boyfriend’s phone to uncover information, such as Google searching how to have a more intimate relationship can improve your relationship overall. It may feel like you’re totally spying on him—okay maybe you are a little bit. Think of it more so along the lines of something you may have thought of before as well. If he’s thinking of how to make his relationship with you more intimate, it’s likely you may’ve thought this at some point as well.

This also means there’s a lack of open communication between the two of you. It’s not like he’s researching ways of how to break up with you. He’s simply wanting to show more of his love for you. From both sides, how can this be so wrong?

Technology won’t guarantee relationships will work out, but it can definitely help make for more thoughtful relationships. Technology is never the answer per se, but through these methods, you may just experience a more “together” relationship.