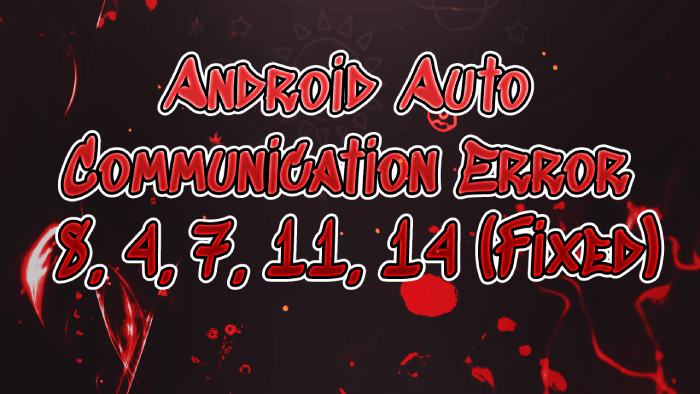 Contents
How Do STOP Codes Appear?
What Should I Do If I Have a Bug Check Code?
Other Resources for STOP Codes
What Can a Bug Check Code Be Used For?
Other Ways to Look for STOP Codes
Basic fixes for Stop Code Errors
1. Restart Your Computer
2. Run SFC and CHKDSK
3. Update Windows 10
How to Fix Windows Stop Code Errors
What Is The Best Way To Locate A Windows Stop Code?
1. Make use of the Event Viewer
2. Use NirSoft BlueScreenView
3. Take advantage of Windows Notifications
Conclusion

A STOP code, also known as a bug check or bug check code, is a numerical identifier that uniquely identifies a STOP error (Blue Screen of Death).

Stopping and restarting a computer is sometimes the safest thing a computer can do when it encounters a problem. A STOP code is frequently displayed when this occurs.

How Do STOP Codes Appear?

A bug check code of 0x0000007B, for example, will appear on a Blue Screen of Death that comes after specific driver faults with the hard drive controller, suggesting that this is the issue.

STOP codes can also be written in shorthand notation by removing all the zeros after the x. STOP 0x0000007B, for example, might be represented in shortened form as STOP 0x7B.

What Should I Do If I Have a Bug Check Code?

Each STOP code, like other error codes, is unique, allowing you to pinpoint the exact cause of the problem. For example, the STOP code 0x0000005C normally indicates a problem with a critical piece of hardware or its driver.

Here’s a comprehensive list of STOP errors that will help you figure out why you’re getting a specific bug check code on a Blue Screen of Death error.

Other Resources for STOP Codes

Have you ever seen a BSOD but been unable to rapidly copy down the bug check code? Because most PCs are set to restart automatically after a BSOD, this happens frequently.

You have a few choices if your machine starts up normally following the BSOD:

You can try downloading and running the free BlueScreenView software. This small utility, as its name implies, analyses your computer for minidump files that Windows creates after a crash and then allows you to open them to view the program’s Bug Check Codes.

Another option is to utilize Event Viewer, which is available under Administrative Tools in all versions of Windows. Look for any faults that occurred around the time your machine crashed. There’s a chance the STOP code was saved there.

When your computer restarts after a crash, it may display you a message that states “Windows has recovered from an unexpected shutdown,” and it will show you the STOP/bug check code that you missed—called BCCode on that screen.

If Windows never starts normally, try restarting the computer and looking for the STOP code again.

What Can a Bug Check Code Be Used For?

Every STOP code, like all other error codes, is unique, and hopefully will assist you in determining the exact cause of the problem. Even the STOP code 0x0000005C, for example, often indicates that a large piece of hardware or its driver is malfunctioning.

Here’s a comprehensive list of all STOP Errors, which might help you figure out why a specific insect test code is causing a Blue Screen of Death error.

Other Ways to Look for STOP Codes

Can you locate a BSOD but couldn’t reproduce the insect test code quickly enough? Most computers are set up to automatically restart after a BSOD. As a result, this happens frequently.

If your computer boots up regularly after the BSOD, you have a couple of options:

You could try running and downloading the free BlueScreenView app. This small tool, as its name implies, examines your computer for minidump files that Windows generates after a crash, allowing you to begin viewing the Bug Check Codes from the app.

Another option is to use Event Viewer, which can be found under Administrative Programs in most Windows versions. Look for faults that occurred about the same time your computer crashed. There’s a good chance the STOP code was saved there.

After an unintentional restart, your computer may display a message that says something like”Windows has recovered in an unforeseen shutdown,” and expose the STOP/bug test code that you just missed –known as BCCode on such a display.

If Windows does not start normally, you can restart your computer and look for the STOP code.

Restarting your computer is the first and easiest solution. It fixes many issues.

SFC and CHKDSK, both Windows system utilities, can be used to repair corrupt file systems. Sometimes, corrupt Windows files can cause system errors. These tools scan your computer and fix any damaged files.

Before you run the SFC command, make sure it works properly. We use the DISM Deployment Image Servicing & Management tool to do this. DISM, like SFC is an integrated Windows utility that offers a variety of functions. The DISMRestorehealth command will ensure that the next fix works properly.

Here are some ways to use DISM or SFC.

Next, run CHKDSK. CHKDSK scans the entire drive, unlike SFC which scans Windows files. can run the CHKDSK scanner from the Command Prompt.

Once SFC and CHKDSK are complete, fix any corrupt files, then restart your computer. Next, try to access restricted files.

Windows Update may be able to resolve your BSOD issues. Microsoft will fix any known Windows issue through Windows Update. Windows Update also offers fixes and patches to other important issues, like security problems or files that are out of date.

To open the Settings panel, hit Windows key + Head to Security and then check WindowsUpdate for any updates. Save any files and then hit Restart now. During the update, your system will restart.

Bluescreen of Death is not a pleasant moment for Windows users. You will no longer find them so annoying once you are able to use the stop code to fix any problem. They’re still annoying but you now know how to fix them.

What Is The Best Way To Locate A Windows Stop Code?

Once you know the Windows Stop code, you can take the necessary steps to avoid future BSOD issues. With a few workarounds, you can easily fix typical issues like faulty system config information or a bad pool header.

There are three methods for determining the Windows 10 Stop code error of the recently encountered issues. The Event Viewer can be used, or third-party tools can be used. Depending on your requirements, you can select any of these.

1. Make use of the Event Viewer

Every event that occurs on your system is recorded by the event viewer. As previously stated, Windows can sometimes self-repair. You won’t be able to read the Windows Stop Code or error clearly because the repair process is so quick.

In such circumstances, you can use the Event Viewer to locate the mistake and track it down by the time it occurred. Follow the steps below to get to the Event Viewer and look at the event log.

Step 2: Navigate to the Windows Logs folder. Click Create Custom View in the right panel. Select the time when you had blue screen errors from the drop-down menu next to Logged in the Custom View window.

Select Error and Critical from the Event Level drop-down menu. Then, for Event Logs, choose Windows Logs. The OK button will be enabled once all of the parameters have been selected. Click the OK button.

Step 3: Give the custom-made view a name. Click the OK button.

Choose a name for the custom view and then click OK.

Step 4: You’ll see the new custom view in Event Viewer, with all the logs in the central panel.

To find the Windows stop code, use NirSoft BlueScreenView.

Using the dump files, BlueScreenView by NirSoft can assist you in locating the Windows Stop code. This third-party application serves as a one-stop shop for all crash-related information.

The BlueScreenView displays data in a table format as well as on the blue screen. Whatever caused the crash, be it drivers, files, or applications, this app will solve it all. As a result, you can obtain further information in addition to the Stop code.

The fact that BlueScreenView is free is an extra bonus. To install it, you may either download the complete version or a Zip file.

Many of you may be surprised by the title. If Windows recovers from the problem on its own, a window displaying the message will appear. “Windows has recovered from an unexpected shutdown,” reads the notice.

If the Blue Screen of Death (BSOD) occurs too frequently, it can be aggravating. In such circumstances, the Windows Stop code can assist you in determining the root cause of the incident. Stop code can be found in a variety of methods.

You can use a third-party program called BlueScreenView to get more specific information about the problem. The Windows notification and Event Viewer are two alternative options. Depending on how in-depth you want to go with the Stop code analysis, you can use any of the methods.