A Windows Defender definition update in July caused the SFC / scannow command to fail because it said “Windows Resource Protection found corrupt files but was unable to fix some of them.”

It turns out that these corrupt files were a hash of the PowerShell Windows Defender. 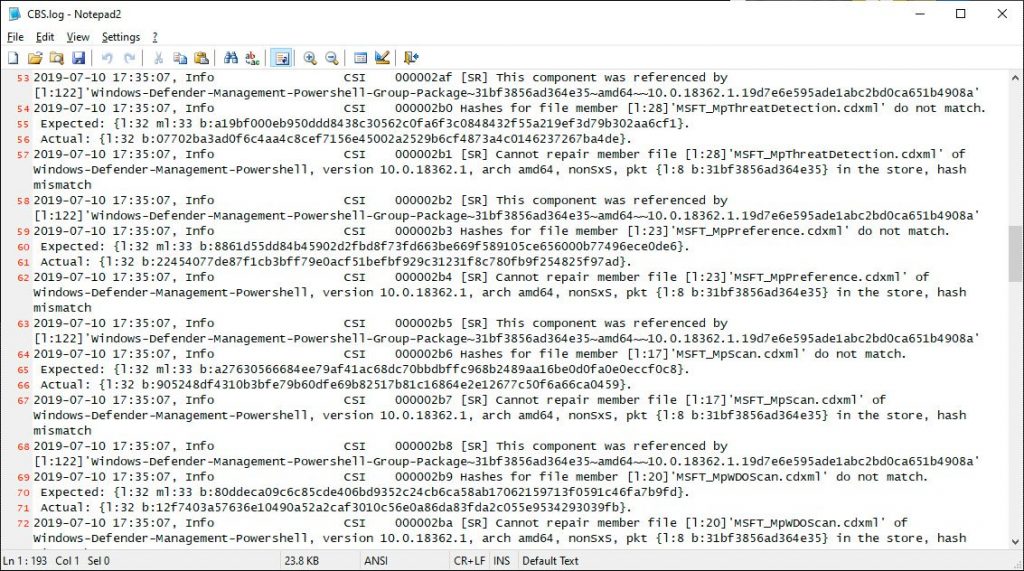 In a recent update of the support newsletter, Microsoft said that it released a new Windows Defender update and that this problem has been resolved as of 4.8.1908.

“The Windows Defender update is fixed for this issue. Once this update has been applied, PowerShell files that are included in the image are not changed and the SFC Tool no longer flags these files. Internet-connected computers that subscribe automatically download and install this update on the Windows Update channel.”

In addition to the new Windows Defneder update, users will also have to execute the following DISM commands to solve the problem in full:

If you were previously having the issue with sfc /scannow, give this fix a try and let  us know if it works.