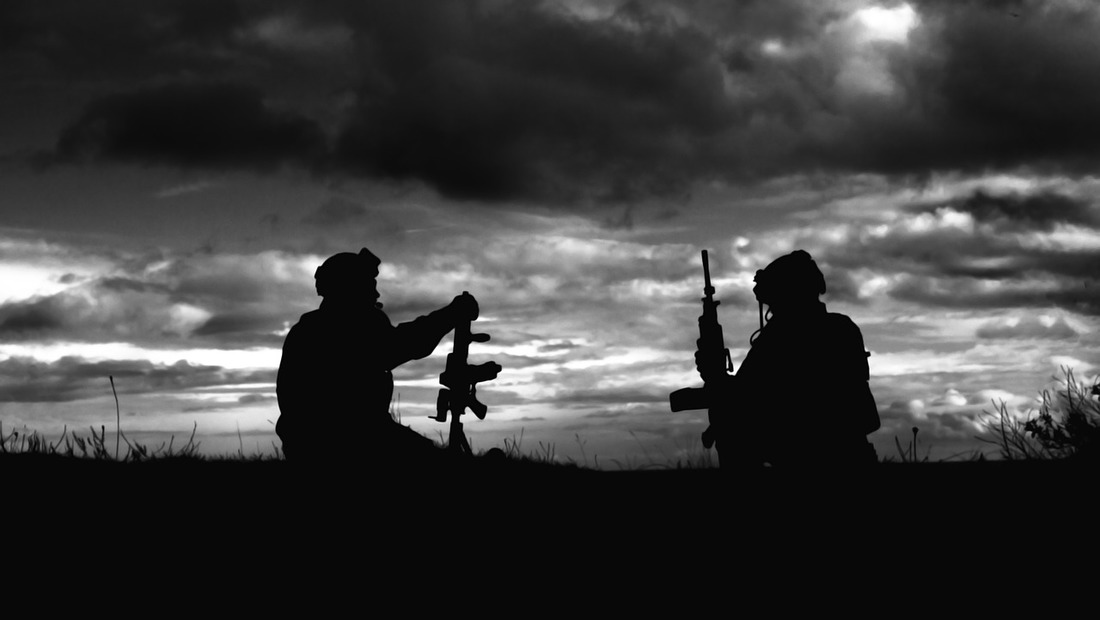 Veteran’s Guide to a Cybersecurity Career

Top Cybersecurity Challenges- A slew of cybersecurity threats has security personnel on high alert today. Throughout history, complex and frequent assaults using ransomware, malware, phishing, artificial intelligence (AI), and machine learning (ML), among others, have put businesses’ and individuals’ information systems and data at danger. So, what are some of the cybersecurity concerns that individuals and businesses face?

Simultaneously, there are cautions about the increased risk of disruption. Businesses, governments, and individuals are becoming increasingly reliant on shaky connectivity, which raises the risk of planned internet outages. Such events have the potential to knock any business to its knees. Aside from that, when hackers utilise the attack to takeover the Internet of Things, there is a high danger of ransomware spreading (IoT).

In addition to disruption, cybersecurity issues cause distortion, primarily due to the deliberate propagation of misinformation by automated sources and bots. The integrity of information is jeopardised by distortion. Furthermore, rapid improvements in intelligent technology, as well as contradictory expectations set by privacy legislation, have an impact on a company’s ability to handle its data.

If your company is the victim of a cyberattack, you will almost likely incur financial losses as a result of the theft of intellectual property, corporate and personal information, and the costs of fixing damaged systems. Worse, data breaches have reputational consequences, including a loss of consumer trust, the loss of current and potential clients to competitors, and negative media attention. What about the costs of regulation? With the current and severe data protection rules, your company could face large fines or sanctions as a result of cybercrime (PCI DSS, CCPA, GDPR, and HIPAA).

A Look into Cybersecurity Challenges

Hackers will continue to send carefully targeted digital messages in an attempt to trick users into clicking on links that can install malware or expose personal information. Organizations have engaged in employee awareness training to ensure their staff can recognise and avoid clicking on strange links and files as they have become more aware of the risks of phishing emails.

As a result, hackers are boosting their game by utilising new technologies such as artificial intelligence (AI) and machine learning to create and quickly distribute appealing phoney communications in order to entice victims. Furthermore, according to the APWG’s Phishing Activity Trends Report, 4th Quarter 2020, criminals use a variety of deception techniques, including domain names that avoid detection, encryption that creates a false sense of security, and spoofing trusted organisations and contacts through deceptive email addresses. According to Verizon’s Data Breach Investigation Report, phishing is still involved in 36% of all data breaches.

According to CPO Magazine, ransomware is “on track to cause more economic havoc in 2022.” Ransomware assaults have expanded to include data exfiltration in addition to encrypting personal and corporate data, and it’s becoming a large business. Furthermore, with the continuing COVID-19 epidemic, hackers are increasingly targeting the healthcare business, which is already under siege as it deals with a deadly pandemic.

Cyber criminals will continue to change their focus away from single machine targets and toward lateral movement, which allows them to cause more harm and gain higher profits by infiltrating entire businesses rather than a single victim. The average compensation for those infected by the Maze and Ryuk ransomware programmes has reached $2.5 million and $1.55 million, respectively, indicating that the ransomware magnitude has grown significantly.

Second, even without encryption, there is more extortion. Extortions, for example, involve threat actors exploiting networks, installing persistent malware, stealing data from backups, and threatening to expose the penetration. As the number of returns rises, so does the number of criminal organisations attempting to enter the market.

Finally, ransomware-as-a-service is becoming increasingly harmful (RaaS). According to Barbara Kay of Forbes, an increasing number of firms, such as REvil, Darkside, and others, “lease their ransomware-as-a-service (RaaS) skills to attackers.” According to Barbara, attackers are in charge of infiltrating organisations, whereas ransomware franchisers are in charge of providing encryption tools, communications, and ransom collecting, among other things. Typically, the franchiser charges a portion of the ransom collected for all of these services.

The much-hyped cryptocurrency trend has an impact on cybersecurity in a variety of ways. The majority of the time, fraudsters use third-party computers at home or at work to mine cryptocurrency. Cryptojacking is the term for this phenomenon.

Mining cryptocurrencies like Bitcoin, for example, necessitates a significant amount of computer processing power. In effect, hackers can profit by silently piggybacking on victims’ devices, causing major system performance issues and costly downtime while security experts track down and resolve the problem.

More often than not, hackers seek to profit by exploiting security systems or stealing valuable information. Beyond that, nation-states are increasingly employing their cyber capabilities to attack key infrastructure by targeting and infiltrating other governments. Indeed, cybercrime has evolved into a huge threat to both the business sector and the government, with ramifications that affect the entire country.

Security experts expect that state-sponsored attacks, particularly those targeting key infrastructure, will grow in 2022. The majority of these attacks will be directed at government-run systems and infrastructure. That isn’t to argue that the private sector will be unaffected.

The Internet of Things (IoT) is growing increasingly common every day. According to Statista, by 2025, there will be more than 75 billion IoT-connected devices in use, a nearly threefold increase over the IoT installed base in 2019. Laptops, tablets, routers, webcams, household appliances, medical devices, manufacturing equipment, wearables, vehicles, and home security systems are all examples of internet-enabled gadgets.

Consumers, of course, benefit from digital devices. Many individuals and businesses, on the other hand, use IoT devices to save money and make better decisions by collecting massive amounts of data and optimising procedures. However, as more devices get connected, the hazards increase, putting IoT vulnerable to cyber-attacks.

Furthermore, if a hacker obtains control of a connected device, they can cause havoc, lock down critical systems for ransom, or overload networks, resulting in a denial of service (DoS) attack and DDoS attacks.

Third-Part Risks – Cybersecurity challenges that are difficult to control

Surprisingly, the top 30 e-commerce shops and digital services in the United States each have 1,131 third-party resources connected to them, with 23% of those assets having at least one significant vulnerability. As a result, if one of the applications in this ecosystem is compromised, hackers will have access to other domains. According to Verizon, online apps were implicated in 43% of the breaches. Furthermore, about 80% of firms have experienced a data breach as a result of a vulnerability in their third-party vendor ecosystem.

Hackers are undeniably becoming more skilled, not only in their use of technology but also in their use of psychology to target victims. They use social engineering assaults and tactics in particular to exploit the human psychology flaw that exists in every company.

Cybercriminals typically utilise a variety of methods to persuade people to give them access to sensitive information, including phone calls, emails, and social media. According to Verizon’s 2020 Data Breach Investigation Report, about a third of the breaches last year used social engineering techniques, with phishing attempts accounting for 90% of the total.

Even if they have no malevolent intent, your staff will unintentionally cause a variety of security breaches. Consider how much access insiders have to the company’s data, which can lead to human mistake and cyberattacks. Humans, rather than machines, are the ones that cause the most serious cybersecurity problems. Every year, insider risks harm more than 34% of firms worldwide. In fact, 66% of companies believe malevolent insider assaults or unintentional breaches are more common than external attacks. Surprisingly, the cost of insider threats (related to credential theft) to businesses was $2.79 million in 2021, with the figure predicted to climb in 2022.

Furthermore, the National Association of Software and Services Companies (NASSCOM) believes that India, with a population of 1.34 billion people, will require one million cybersecurity professionals to satisfy the demands of its fast rising economy. The stakes are higher than ever, according to the (ISC)2 and other reports, as the cybercrime epidemic shatters public trust in treasured concepts like personal data privacy, capitalism, and democracy.

The Growing Importance of Cybersecurity in Organizations

Meanwhile, in today’s competitive world, expanding a firm necessitates recognising and responding to cybersecurity threats. Investing in the correct security measures, on the other hand, allows your workers to work safely, whether on-site or remotely. It’s important to remember that cyber-attacks cost money and cause lost productivity, but with the correct controls in place, your workers can work safely without having to worry about cybersecurity threats.

Aside from increased staff productivity, effective measures prevent the downtime of websites and other services. Obviously, if you host a website or application in the cloud, a cyber event can cause the service to be shut down, resulting in monetary loss and a loss of client trust. You won’t have to worry about your systems breaking if you continue to use the best cybersecurity solutions.