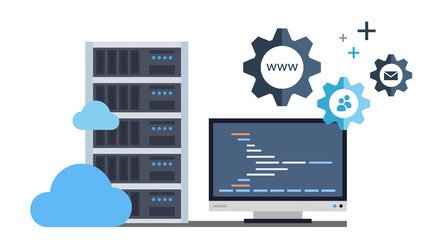 Reasons Why Your Growing Business Needs a Colocation Solution

Let’s take a closer look at security clearances and how they can affect your job in cybersecurity.

When Do You Need a Cybersecurity Security Clearance?

You may be required to obtain a security clearance in order to work in many cybersecurity roles that require access to classified government material. A Personnel Security Clearance (PCL) and a Facility Security Clearance (FSC) are the two basic forms of security clearances (FCL). The only requirement for acquiring one of these clearances is that you are a citizen of the United States.

The federal government is the exclusive issuer of security clearances, which can be issued by any of the government’s agencies. Because of the large number of posts at or connected to the National Security Agency, the Department of Defense initiates many clearances in the cybersecurity industry (NSA.)

In all circumstances involving security clearances, the hiring agency will commence the procedure, as individuals are unable to do so on their own. If the agency wants to move forward with your hire, they will start and oversee the clearance inquiry process when you apply for a position that needs a clearance.

What Are the Different Types of Security Clearances?

Working in different parts of the government can entail having varied levels of access to information. As a result, federal government occupations require three different levels of security clearance.

When you have access to material that could jeopardise national security, you’ll require a confidential clearance. This level of clearance is held by the majority of military personnel. A thorough background check is required for confidential security clearances. Credit checks and screenings of family members, spouses, and other acquaintances, such as friends, neighbours, business associates and coworkers, and teachers, are likely to be part of this background check. Also, keep in mind that you will be re-examined every 15 years in order to maintain your clearance. Depending on the individual’s past, the inquiry can last anywhere from a few weeks to a few months or longer. While this is a basic rule of thumb, if a red flag is discovered during an investigation, no matter how minor or insignificant, the procedure can take much longer.

Because there is less information to check and fewer probable non-clearable instances in the background, the background process for younger people is usually shorter and easier than for older persons.

When you have access to material that could jeopardise national security, you’ll require a secret clearance. This clearance is more thorough and stringent than a confidential clearance. You may be disqualified for this clearance for a variety of reasons. The most typical reasons for disqualification for this clearance are criminal charges and unpaid invoices. When attempting to gain this clearance, having a clean financial past is critical, as investigations frequently see someone with debt as someone who may be leveraged or blackmailed.

It could take anywhere from a few months to a year to finish the probe. This is largely determined by your background, including whether you’ve had multiple previous residencies or if you have relatives living outside of the United States. Every ten years, you will be re-examined for this clearance. And, as previously said, any complications that develop during the process might cause the schedule to be extended by many months or more.

The highest degree of security clearance available is top-secret security clearance. This is required if you will have access to material that could jeopardise national security or the government of the United States. This clearance entails all of the same background investigations and screening as the confidential and secret clearances, but it will additionally include a polygraph test, as well as interviews with your previous employers, neighbours, relatives, and others. The probe can last anywhere from a few months to just under two years. You must be re-examined every 5 years to maintain your clearance.

What Are the Benefits of Obtaining a Security Clearance in Cybersecurity?

A large percentage of cybersecurity jobs are government-related, and the chances are good that you’ll require a security clearance to get one. Consider that even if you don’t work for the government directly, you might work for a government contractor, in which case you’ll need a clearance to handle federal data.

According to a Washington Post report from 2013, over 900,000 Americans have top-secret credentials, with around one-third of them working for private enterprises rather than the government (source). What I’m getting at is that clearance positions have a much broader scope than working for the federal government.

The Advantages of Obtaining A Security Clearance

Additionally, getting a higher degree of clearance boosts your employment possibilities significantly. As a result, you’ll receive more lucrative employment offers because you’re a rarer and hence more valuable applicant.

Keep in mind that the US government has a high need for workers with top-secret clearance, thus gaining one provides you a significant advantage over other candidates, simply because there are so many people who are otherwise eligible for the job but are unable to do so owing to a lack of clearance. Many recruiters will agree that finding people with the proper technical capabilities is rather easy, but finding people who have been vetted by the government is their largest challenge.

What to Do Before Getting a Security Clearance

If you believe you might be interested in cybersecurity jobs that require a security clearance at some time in the future, the best thing you can do is start preparing for it now. This entails doing everything you can to keep your criminal record and personal life as clean as possible. Keep in mind that obtaining a security clearance will include a background investigation that will look at your criminal history, driving record, financial situation, relationships, contacts, foreign travel, and overall reputation.

Background checks assess, among other things, whether you have any associations or contacts with people who may be hostile to the United States government, as well as whether you can be manipulated, blackmailed, or compromised by others. The most significant aspect of a background check is that it assesses your whole reputation. Remember this and think about how it pertains to your daily life. Consider the following scenario:

We’ve talked to a lot of folks who have gone through the security clearance process (some successfully, some unsuccessfully) over the years, and some of their experiences are fascinating. Here are a handful we’ll share with you to give you an idea of what you can face if you seek a security clearance-required career.

Crazy Security Clearance Story #1: One candidate told us that his security clearance application took over two years to complete and was ultimately denied because he had a foreigner residing in his home. Who was this mysterious foreigner? His six-year-old daughter, who was born in another country and brought to the United States through adoption. Despite the fact that the daughter was a kid, it raised enough suspicion that the investigation took far longer than anticipated.

Crazy Security Clearance Story #2: A candidate told us she failed the polygraph test despite always stating the truth as she understood it. She couldn’t figure out why she was failing the polygraph until she found out she was expecting her first child. She discovered that this biological shift was enough to cause the notoriously unreliable test to fail. She decided to halt the procedure.

Crazy Security Clearance Story #3: One applicant told us that a sticking point in her background check was that the investigator was unable to verify a portion of her work history, which was made nearly impossible because the company she worked for many years ago had since closed and no contacts were available to verify employment.

Investigators Have Asked Us a Few Questions

During the clearing process for people we knew who were undergoing security clearance, we were interviewed several times by investigators. Here are a handful of the most common (but unanswered) queries we’ve received:

If You Don’t Get Your Clearance, What Should You Do?

It’s not the end of the world, nor is it the end of your career in cybersecurity. Many positions in the private sector do not require any kind of clearance. When it comes to landing a non-cleared employment, if you have the proper education, experience, and certifications, you should be in excellent condition. If you are not a U.S. citizen, this is your only job option because obtaining a clearance is impossible unless you are a U.S. citizen.

Regardless of whether you want to work for the federal government or not, obtaining a security clearance in the cybersecurity area is incredibly advantageous and in your best interests. A clearance will give you an advantage over other candidates who do not have one, so if you can get one (and are confident in your ability to pass), you should take advantage of it. If you don’t have a clearance or are unable to obtain one, there are still many cybersecurity jobs accessible to you.

As previously said, acquiring a security clearance is something you should consider preparing for because government jobs account for the great majority of cybersecurity positions. Living as close to the law as possible is a fantastic approach to prepare for a security clearance. This entails keeping your life as tidy as possible. Keep your record clean because even a little infraction, such as a parking ticket, can jeopardise your security clearance. It’s best to plan on obtaining even a top-secret security clearance so that your cyber ceiling is as high as feasible.

A decent financial history is also highly crucial, as mentioned in the descriptions of the clearances. It is critical to maintain a high credit score and demonstrate that you can manage money. One of the most common barriers to acquiring a clearance, even a lower level confidential clearance, is financial difficulties.

Make certain that everyone knows you are a law-abiding person. People ranging from family members to former coworkers will be interviewed by an investigator as part of getting higher clearances. This means that you can’t just pretend to be a nice person on paper. As previously said, the process of becoming a cybersecurity professional begins before you ever begin studying cybersecurity.

Maintain a low level of foreign relations. Having a family member who lives outside the nation can and will make the process of acquiring a clearance considerably more complicated and time consuming. The government will not take any chances because you will be working with national security.

Always remember to keep your social media accounts tidy. Many people overlook the significance of this, yet it is critical when it comes to clearances. If you show any signs on social media that you could be a national security threat, you will be automatically disqualified from receiving a clearance.

One of the most important points to follow during the clearance process is to never lie…ever. Investigators will assume that you, like everyone else, have made a mistake at some point in your life. However, lying about it is simple to verify and automatically disqualifies you because you have demonstrated that you are untrustworthy. One day, someone mentioned that he had been asked if he had ever downloaded music illegally. He discovered that this was not a test to see whether he could breach the law (which was typical at the time), but rather a test to see if he was telling the truth.