Based on user reports and observations, login efforts do not work, even after cookies or switching accounts and pcs are removed. 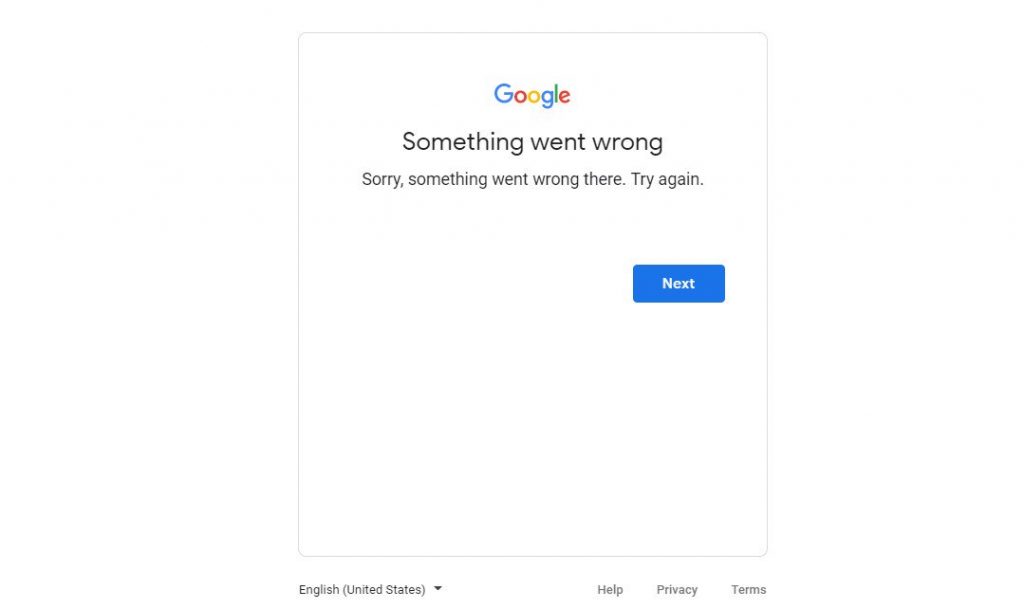 The company also updated its Google Cloud Status Dashboard with a new issue at 11:53 PT saying that “We are investigating an issue with authentication to Google App Engine sites, the Google Cloud Console, Identity Aware Proxy, and Google OAuth 2.0 endpoints.”

“Our Engineering Team is investigating possible causes. We will provide another status update by Monday, 2019-08-19 12:15 US/Pacific with current details,” also adds Google.

The engineering team of Google’s G-Suite Status Dashboard also investigates an issue report with the Admin console which prevents impacted users from using the Admin console. The status also states that “consumers may have problems with signing up to all Google services.”

Update 19, 15:22 EDT: Google says, in an update released at 12:18 PT, “Our engineering team has ongoing an investigation into the authentication problems with Google App Engine, Google Cloud Console, Identity Aware Proxy, and Google OAuth 2.0 endpoints. Monday, 2019-08-19, 12:45 US / Pacific will include an update on our status.”

Also, as a workaround for the current issues:

Some customers have reported success attempting to utilize an incognito window under the Chrome browser to login.

Update August 19, 15:44 EDT: Some users are now able to connect to their Gmail account with a fresh G Suite Status Dashboard update:

Gmail service has already been restored for some users, and we expect a resolution for all users in the near future. Please note this time frame is an estimate and may change. The affected users are unable to access Gmail.

Users may experience issues signing into all Google services via OAuth or Chrome devices. Users who are already signed in should not be affected.

The problem with Gmail should be resolved for the vast majority of affected users. We will continue to work towards restoring service for the remaining affected users, but no further updates will be provided on the G Suite Status Dashboard. Please rest assured that system reliability is a top priority at Google, and we are making continuous improvements to make our systems better.

The issue with authentication to Google App Engine sites, Google Cloud Console, Identity Aware Proxy, and Google OAuth 2.0 endpoints should be resolved for the majority of customers and we expect a full resolution in the near future.

Update August 19, 16:50 EDT: Google says the authentication issues have been resolved for all users:

The issue with authentication to Google App Engine sites, the Google Cloud Console, Identity Aware Proxy, and Google OAuth 2.0 endpoints has been resolved for all affected customers as of Monday, 2019-08-19 12:30 US/Pacific. We will conduct an internal investigation of this issue and make appropriate improvements to our systems to help prevent or minimize future recurrence.