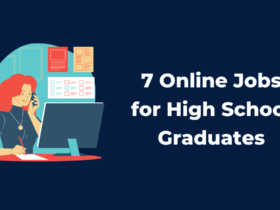 Although Spotify was one of the first streaming services to launch, it is no longer the only option for customers. Since its inception in 2015, Apple Music has amassed a sizable user base, and it’s now the streaming service of choice for Apple device users, as well as millions of others.

You probably don’t want to lose your carefully constructed playlists if you’re considering migrating from Spotify to Apple Music. It is possible to convert a Spotify playlist to Apple Music, albeit the process is not simple. On both desktop and mobile devices, here’s how to accomplish it.

Converting a Spotify Playlist to Apple Music on iOS with SongShift

Unfortunately, there isn’t a built-in option to convert a Spotify playlist to Apple Music, but you can do so on iOS with SongShift. For Android users, there are apps like STAMP.

SongShift allows you to shift your music library and playlists between multiple music streaming platforms. It works with Spotify, Apple Music, Deezer, and YouTube Music, and allows you to analyse song matches and delete any mismatched tracks throughout the transfer process.

The SongShift app and service will begin transferring your Spotify playlists to Apple Music. However, not all songs will transfer—due to licencing restrictions, Spotify and Apple Music don’t always have the same artists and bands available for listening.

You can use an internet tool like Soundiiz to convert a Spotify playlist to Apple Music on other platforms like Windows or macOS. This is similar to SongShift in that it copies your playlists from one music streaming provider to the next.

At this point, all of your saved Spotify playlists will begin to move to Apple Music. By pressing the My batches tab under the Automation section in the left-hand menu, you can see the progress of this, including any missed matches.

Changing from one streaming service to another

Consumers now have a far wider range of streaming options thanks to sites like Apple Music. Alternative platforms such as YouTube Music should be considered if Apple Music or Spotify aren’t suited for you. Apple consumers, on the other hand, may want to continue with Apple Music.

If you’re new to Apple Music, here are some lesser-known Apple Music hints to help you get the most out of the service. If you have any further suggestions, please leave them in the comments section below.