In general, brand manufacturers have their own operational protocols for their range of products and services, where one device’s language would not be understood by another, data interchange would be limited, and so on.

Companies ensure a standard operating protocol is established for streamlined communication and presentation through relevant IoT solutions if you’ve chosen a complete home automation system from a single brand, where your entire house is automated with relevant gadgets like smart doorbells, smart surveillance systems, smart illumination, and more.

Only when you have many devices from different brands and firms does the problem arise. Communication between devices becomes problematic in houses with siloed smart systems, when each individual item is from a different brand.

When you connect a smart light to Alexa, for example, two distinct devices are working together. Alexa must send your commands to the bulb in order for Alexa to lessen the light in your space.

In such circumstances, a standard protocol must be designed to integrate isolated devices into a unified ecosystem. While this may look insignificant at this time, IoT is gaining traction, and we can’t deny that IoT solutions are becoming more and more prevalent in our lives. That’s why, in order for several IoT devices to work as a single entity, we need to understand basic IoT protocols.

Knowing about protocols is especially important if you’re working on home automation or IoT app development. Customers will prefer your products for their adaptability and efficiency since they will know that if an incompatible item is connected to an ecosystem, your device will not cease working.

Here are some basic wireless protocols for home automation that you should be familiar with to get you started.

Wireless connectivity must be one of a device’s primary features in order for it to be genuinely useful. WiFi, Z-Wave, and Zigbee are the three most common wireless protocols used by smart devices today. I’ll give you a quick rundown of each, including their benefits and drawbacks.

A little word on wireless spectra: Hertz is the unit of measurement for spectra (Hz). A gigahertz (GHz) is one billion cycles per second. In general, the higher the Hz number, the more data can be delivered and the connection will be faster. Higher frequencies, on the other hand, are more vulnerable to interference and do not transmit efficiently through solid surfaces. Lower frequencies can go further and more easily pass through solid objects, but they can’t send as much info.

Here are some basic wireless protocols for home automation that you should be familiar with to get you started.

This open-source protocol, developed by the Zigbee Alliance, allows developers or IoT architects to create mesh networks in which signals can bounce between devices for communication. Devices do not need to dial out to a WiFi network before jumping on the network. The entire ecosystem is built around a hub that must always be linked to the internet. Zigbee is a radio frequency protocol that allows devices to communicate quickly.

One of the biggest advantages of Zigbee is that it can power numerous devices from a single hub. It’s also open-source, making it easier to create compatible devices.

When it comes to power usage, Zigbee is designed to be energy efficient. As a result, it minimises the need for batteries in the long run. Zigbee is our top selection, thanks to its 128-bit banking-level encryption mechanism.

Insteon is a hybrid protocol that uses a patented dual-mesh ecosystem to operate. Insteon uses both wired and wireless communication routes to keep data and information flowing smoothly. Messages can go in multiple directions in this network.

It works with all other Insteon products. It also indicates compatibility with the X10 network and allows you to expand an existing network’s wireless capabilities. It is relatively simple to use and deploy in terms of usability. It does not necessitate any technical knowledge. Anyone can install a home automation system powered by Insteon in their home.

EnOcean is made for home automation systems that rely on energy-generating technologies. The protocol is a combination of energy converters and ultra-low-power electrical devices that allows data and communication to flow between controllers, switches, sensors, gateways, and other devices without the use of a power source.

Bluetooth Mesh is driven by Bluetooth Low Energy, also known as Bluetooth 5.0, in terms of protocol standards. It works in the same way that Z-wave and Zigbee do.

It provides impressive latency and speed, and its performance is extremely close to that of Zigbee. The major benefit of Bluetooth Mesh is that it can be found almost anywhere. Bluetooth technology is built into almost every gadget that comes off the conveyor belt today. This opens up the possibility of compatibility. The mesh protocol, however, only supports Bluetooth 4.0 and 5.0, which is a drawback.

Bluetooth is a relatively new protocol that lacks the standards and robustness of some of the other protocols on the list, despite its popularity. It has yet to mature as an ecosystem, allowing it to work with devices outside of its compatibility range and, most critically, lacking IP functionality.

Silicon Labs invented Z-Wave, an open-standard Internet of Things protocol. This is a mesh network-based protocol that works with all other Z-Wave devices. The sole drawback to Z-Wave is that there is a four-time limit on the number of times signals can be carried across devices. As a result, it is less likely to become congested.

Z-Wave uses a radio frequency (908.42MHz) to provide a longer range and fewer interference with other devices. Because of the support of over 450 companies, it is one of the world’s fastest growing protocols. Despite this, experts are sceptical about its long-term viability, given that protocol requirements have changed multiple times over the years.

Nonetheless, it is simple to set up, provides excellent performance, minimises energy consumption, and is future-proof due to Z-backward Wave’s compatibility with older devices.

WiFi is undoubtedly the most cost-effective technology for developers to build IoT networks and automation applications due to its vast reach. They’re built to handle enormous amounts of data with ease. WiFi networks also have the highest security standards because they use AES 256-bit encryption. It has a good range, and given the current state of WiFi, we may soon see WiFi units capable of delivering data to units a kilometre away.

WiFi is appropriate for both medium and small home automation systems that need to send significant amounts of data over short distances.

However, some of WiFi’s drawbacks include the need for a constant power supply, increased power consumption, and interference with other WiFi-enabled devices. WiFi is ideal for rapid and commercial applications.

So there you have it: the ten home automation protocols to be aware of in 2021. For all of you IoT lovers, entrepreneurs, and specialists out there, we hope this list has provided you with a thorough understanding of how to create your ecosystem for maximum compatibility and performance.

Let us know if you have any other equally effective practices in mind in the comments section. We’d be delighted to hear from you. 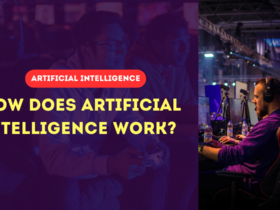 How does artificial intelligence work?