On Wednesday, SEC Consulting, an Austrian IT safety services and consulting company, announced the release of its hardware analysis tool SEC Xtractor as an open source. 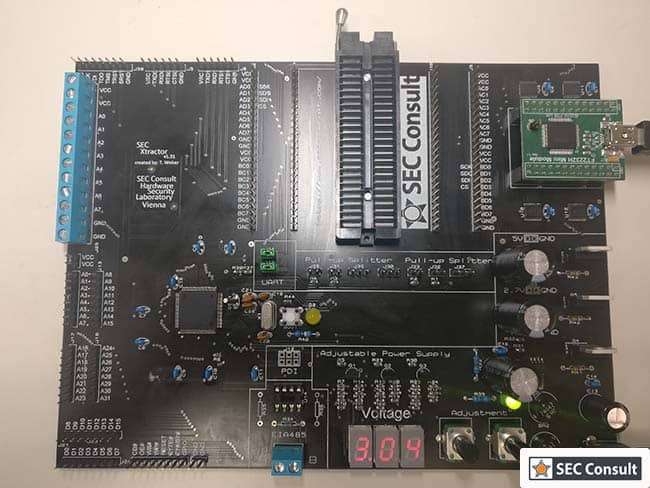 SEC Xtractor, used by SCE Consult in recent years as a memory extractor and UART (Universal Asynchronous Receiver / Transmitter) software system for several testing and customer projects. It was designed after the company found that none of the existing tools for hardware analysis met all their specifications.

SEC Xtractor is now a tool to read simple circuits and dump the contents of NAND, NOR, SPI, and I2C flash memory without the need to solder while removing the chip from the targeted device. The module can also act as UART-to-USB and JTAG adapters.

SEC Xtractor has been built in C and can easily be expanded, SEC Consult said.

The company told that depending on shipping cost, the price for the hardware components required to build the tool is approximately € 100-130 ($110-145).

SEC Xtractor was published as an open source for hackers, but SEC Consult does not exclude the option of selling it as a commercial product at any time when it finds the right collaborator.

SEC Consult must keep the resource on track but welcomes the contributions. The GitHub contains all the information needed to build a hardware analysis tool.

How To Spoof A Phone Number?

Which team is responsible for debriefing after a cyber attack?