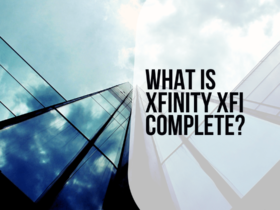 What Is Xfinity xFi Complete?

A soundtrack and sound effects should be included in life. Who doesn’t want the Imperial March of Darth Vader to play every time they walk into a room? Discord has recently proven to be a fantastic substitute for real life, and soundboards allow us to live out our sound effect fantasies. Let’s take a look at the top Discord soundboards.

What Are Discord Soundboards?

A soundboard is a straightforward notion if you’ve never used one before. Consider a board with a slew of buttons. When a button is pressed, it emits a distinct sound. There can be physical gear connected to a sound system or, in our instance, an app.

In Discord, How to Use a Soundboard

There are currently no plug-and-play soundboards available for Discord. All of them necessitate the installation of a virtual audio device. Consider it a microphone for the soundboard that allows you to speak into it and have the sound come out in Discord.

VB-Cable is a personal use donationware app. It’s compatible with both Windows and Mac. Support them if you enjoy it.

Discord now allows users to make sounds using any soundboard or other device on the smartphone.

The top soundboards for Discord, both free and paid, are listed here.

Resanance will appear at the top of every search result for the finest soundboards for discord. It’s impossible for 450,000 people to be wrong. Resanance can play sounds based on the hotkeys or buttons we set to them, stream music, pass through the microphone, and do text to speech. There are also individual volume controls and sound searches for each device.

Resanance claims to work with any app that allows audio input, however we only tried it with Discord. There’s also a vibrant official Resanance Discord server for further help.

Clownfish Voice Changer contains a soundboard plugin, despite not being primarily a soundboard. So, when chirping at pals in Discord, we can sound like an extraterrestrial or a robot and add sound effects. Is there any way to make it any better? Push-to-talk and text-to-speech with many voices are available, and audio from other Internet sources such as YouTube can be streamed.

The app runs on the system tray, freeing up space on the taskbar. Clownfish Voice Changer is compatible with Discord, Steam, Skype, and most other voice-enabled programs.

Despite the unusual pricing structure based on operating system type, Podcast Soundboard achieves the perfect spot for ease of use while also providing outstanding capabilities. To get Podcast Soundboard up and running or to use its advanced features, there is no learning curve.

The user interface is suitable for both large and small screens, such as those found on phones and tablets, making it an excellent podcasting tool.

Mixere, arguably the oldest recommendation on the list, needs to be respected. It has the chops, not because it is 17 years old, which is equivalent to 80 in human years. It’s a digital audio mixer with a high learning curve. However, once it’s dialled in, it’ll meet the majority of requirements.

Clips can be looped and vibrato and tremolo effects added. You can also set clips to repeat at predetermined intervals. The capacity to play many tracks at once is a capability that most soundboards lack. So, regardless of which soundboard you choose, give Mixere a try.

Perhaps anything like Resanance is a step too far. EXP Soundboard is a simple software that lets us assign keys to sounds and pass through the microphone. You can store custom soundboards and reload them later, allowing you to operate with multiple soundboards.

To operate EXP Soundboard, you must have Java 7 installed.

You’re not mistaken if you think JN Soundboard looks like EXP Soundboard. JN Soundboard, on the other hand, provides more functionality, such as a wider range of file types, looping mic noises, push-to-talk, and text-to-speech. Sounds can also be restricted to just playing in certain windows.

Trial version is free, however a lifetime licence costs $35.

Voicemod will bring depth to roleplaying in Discord, or just plain fun to anything else, with six voices changing daily in the free mode and 80 in the premium mode. Reverb, intelligibility, and mixing can all be adjusted for each voice. However, when compared to other soundboards, Voicemod takes a long time to load.

The trial edition restricts the creation of additional buttons, however there are various prepared soundboards to play over the voice changer, including EDM, Santa, Prankster, and background sounds. Getting the premium version, of course, unlocks all of the bells and whistles.

What Is Your Favorite Soundboard?

We’re aware that various soundboards are available. These, on the other hand, are the ones we installed, tested, and liked the most. Do you have a favorite among the items on the list? Or do you have another soundboard you’d like to suggest? Please let us know.